Heteromino is an area-dividing puzzle with very simple rules. I encountered this puzzle type on puzz.link, and seeing there's none posted here, I decided to give it a try.

Here is an example puzzle with solution:

The rules of Heteromino are as follows:

Take a look at the cell in row 2, column 3. It must be part of a region extending left -- where is the third cell in that region? If it goes left, it blocks off 2 cells in the upper left. If it goes down, then there will be two Γ-trominoes adjacent. So it must go up. 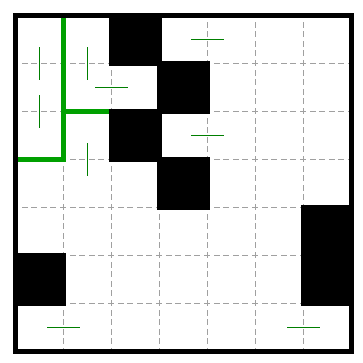 Similarly, the group with cell R3C2 now cannot go down or right, so it must go left. 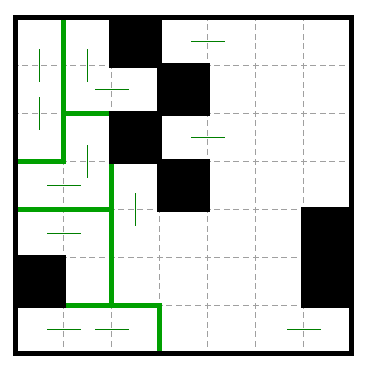 Similar logic, but with a bit of lookahead:

If the group with cell R4C3 goes right, then the bottom will either be two — shapes, or a ⅂ shape that touches the one we already have. So it must go down. 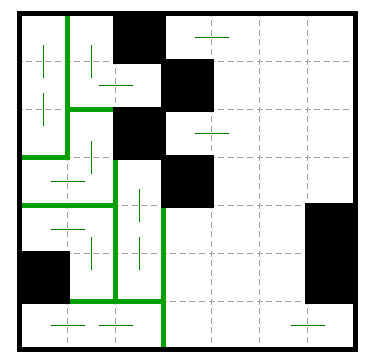 Another bit of lookahead gives us this: If we have this pink-highlighted box, there's a problem in the upper right. (Either two ⅃ shapes touch, or we block off a cell in the right column.) 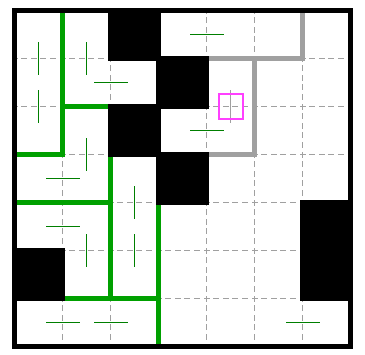 Extending the top region rightwards is also an issue... 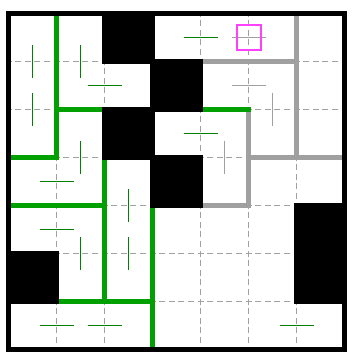 so we have this: 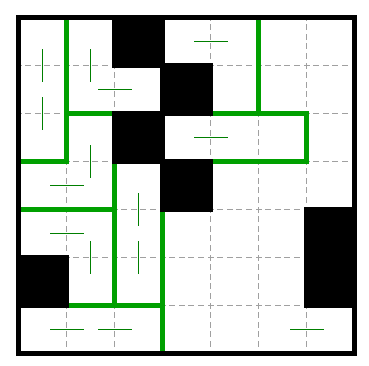 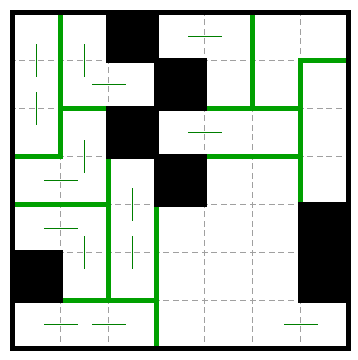 Finishing off the puzzle with some more attacks on carefully-chosen borders: 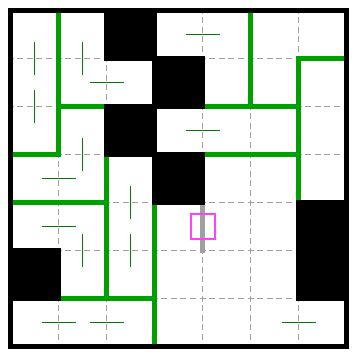 This is impossible (because it will either make two |-shaped regions, or a 4-long region in the bottom.) 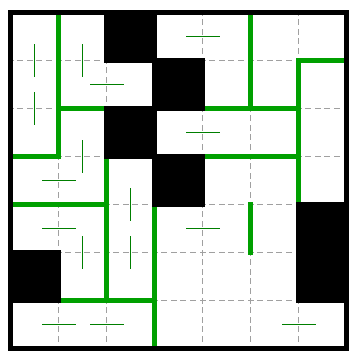 And then the two remaining cells in row 4 must be connected (to not have two |-shaped regions touching), and that finishes off the puzzle! 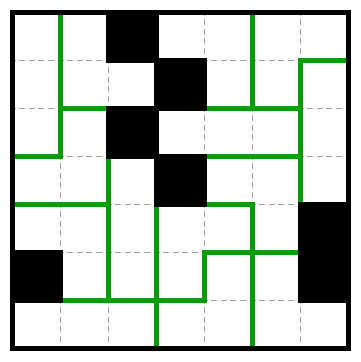