This is a Statue Park puzzle.

Rules of Statue Park: (adapted from an earlier puzzle by @Deusovi) 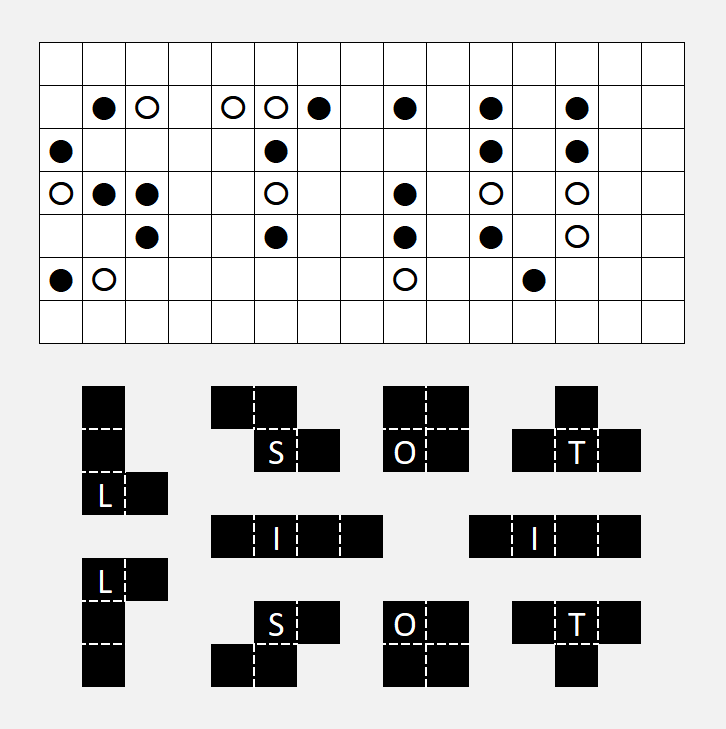 The piece bank is a double set of the 5 tetrominoes, which have been given the standard lettering for your convenience – the letters themselves have no effect on the puzzle.

That forces some shaded squares to extend out in order to have enough space for tetrominoes; the upper left one is forced to be a T so as to not trap an unshaded square in the corner

The orange squares must be part of an L tetromino (they can't make anything else legally). If the blue square is unshaded, that forces the green squares to be shaded to avoid making an illegal 3rd L. However, now R2C7 can only make Ls and Ts, which are all used up elsewhere. So the blue square must be shaded.

Working on the right side:

If R3C8 is shaded, that forces all the green squares to be shaded and the blue square to be unshaded. Now the orange square can only form Ls, Ts, and Ss, all of which are used up (the 3-block to its immediate right must be an S). Therefore R3C8 must be unshaded

Working on the middle:

Basic extensions from unshading R3C8. Note that the orange 2-block must be an S (no Ls or Ts are left)

The 2-block that was part of the i cannot be an S (none are left), so it must connect with R2C9 above it to form an I

Using up the remaining shapes:

The right side must have an O and an I, and there is only one way to fit them

The final L must be turned to the left so as to not isolate the unshaded squares in the upper right, and then we can set all remaining squares to unshaded

A third answer might seem a bit redundant, but the path I used was significantly different from the other two. There's a step in mine that eliminates a lot of the "bashy" hypothetical logic (and is, at least in my opinion, more interesting).

So, some basic deductions get you here:

And now you're presented with a question:

We have at least nine pieces accounted for already. (The 8 group may be broken up, if we happen to have all ten. Also, the top left cell of the 6 group could technically go with the 7.)

So, where do the I pieces go?

Group 5 must be an L. So 6 can't have the other I piece, or it would make an L with the 7. And none of the other groups can form an I... except for group 7. So the two I pieces are group 7, and our mysterious missing piece.

(And this means that group 8 is indeed one group as well!)

And the rest of the puzzle can be finished off with similar logic:

We've already used up both Ls (though one hasn't been fully decided yet), so the group in the upper middle must be a T.

That uses up both Ts, so the left-side group must be an S, and then the one next to it is forced to be S as well. And then the two right-hand groups must be the two Os...

The S must bend right in order to not block off an area; the mysteriously missing I piece now has a single place to go, wedged in the lower right corner; and then the top-right L is finally resolved!

Similar to but maybe a bit simpler than @bobble's deduction: 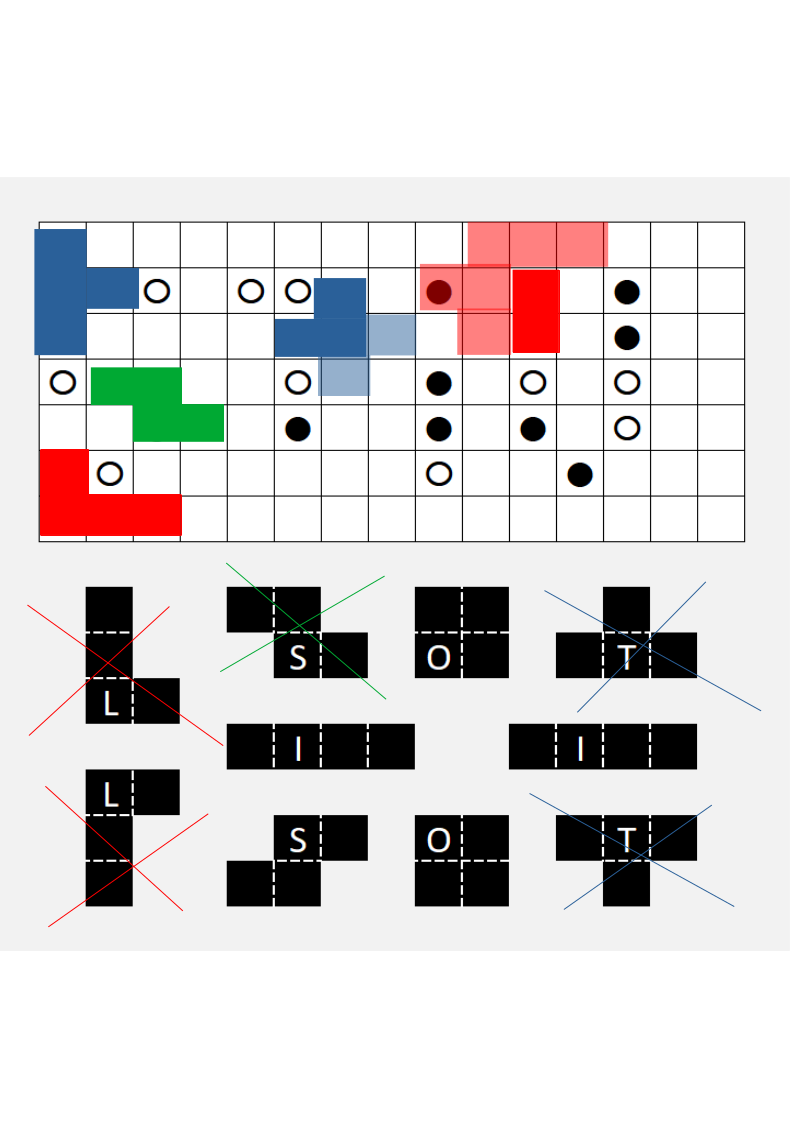 First thing to observe that we can use up the L's and then the T's pretty much immediately. This only leaves an S at the indicated position. 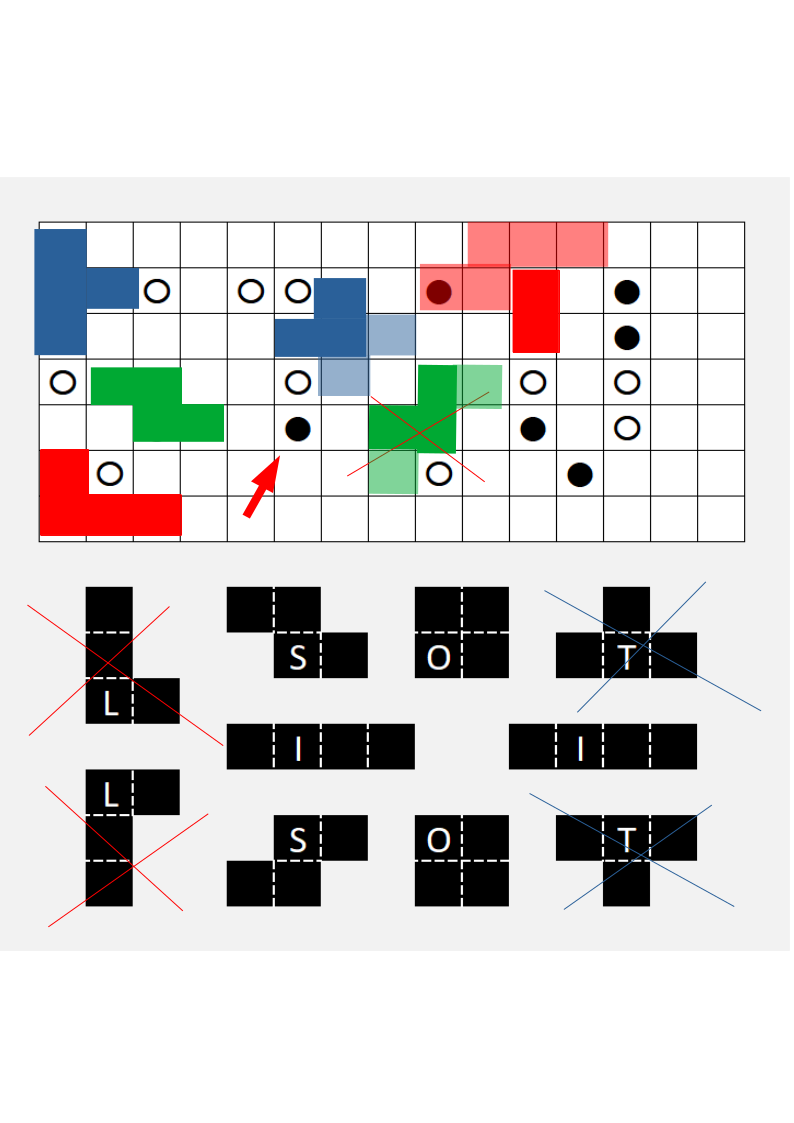 if the second S were at the indicated position the there would be no solution at the arrow. 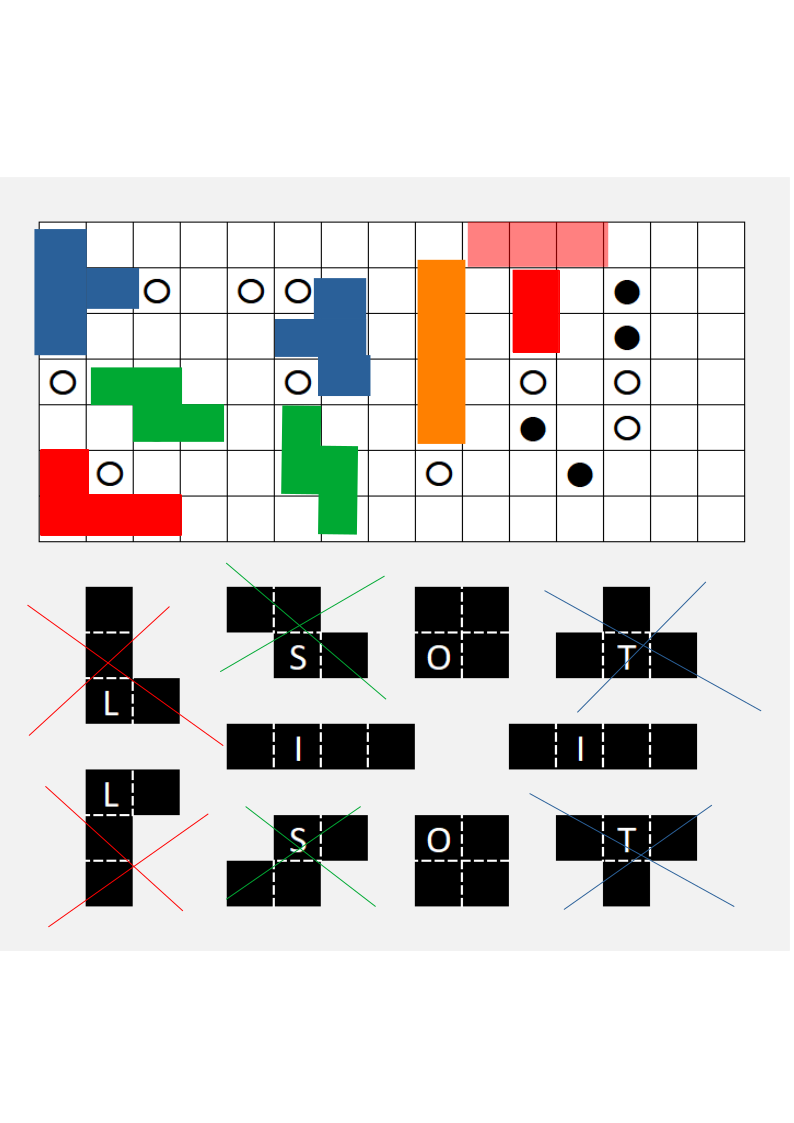 This only leaves an I and also forces us to us spend the second S. 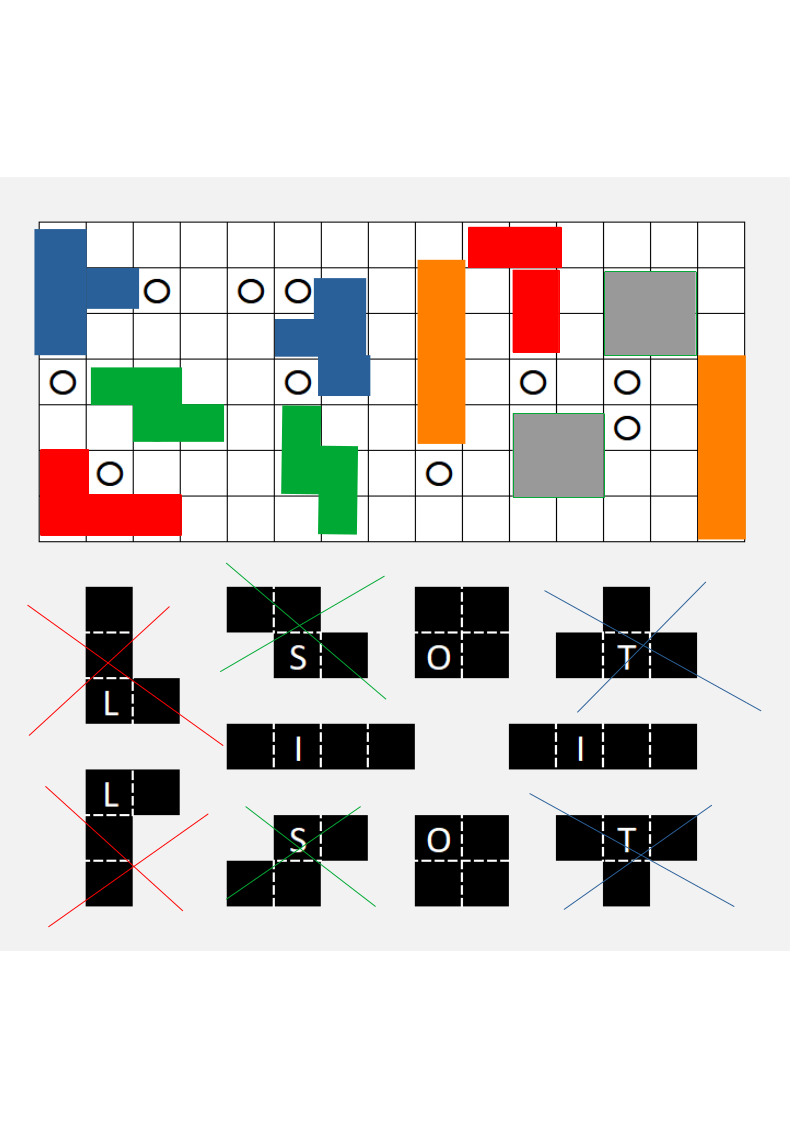 With an I and two O's left the rest is easy.