I used to cross a suspension bridge to go to the other side of the road, there used to sit the local market and I used to buy grocery from them. The bridge was well-built and strong, but suspended. One day, I crossed the same suspension bridge at 10 PM to go to the local market, buy some fruits and vegetables, and then returned home. After coming home I turned on the TV and opened the news. In the news I saw them say that a suspension bridge collapsed at some point of time between 10:15 to 11 PM and many dead bodies were found below the bridge on the ground and are yet to be identified. I saw that the same bridge collapsed which I crossed before! I thought, "Phew! , if only I had crossed the bridge at that time, I would have lost my life."

After a minute, I realised that I was not watching TV.

Edit: I received a partial correct answer which states that :-

I am dead. But can anyone say how did I die?

@Ak19's answer shows that I was dead. Along with @IgorSowinski's Answer, which states why I was dead. This completes the puzzle.

You are dead, but you didn't realize that. Your spirit returned home and was watching TV. The bodies were unidentified earlier, but after a minute you have seen your dead body in the news footage. So, literally you're not watching TV.

I think the locals sat under the bridge (may be on the platform) and had their shops there. You and the locals died as the bridge fell over you. 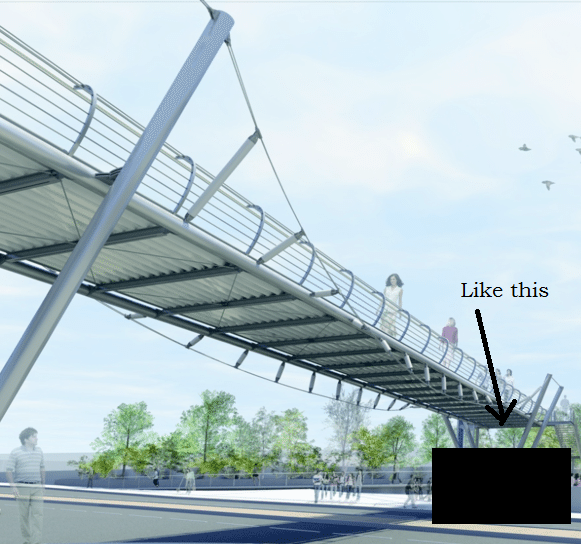 The bridge collapsed when you were in the store. As it was nighttime, you've not noticed the missing bridge and tumbled to your death as you've attempted to take a step on it during your return home.

The phrase "turned on the TV and opened the news" means that your death (as well as that of the others') was featured in a news programme as the first news item. Your corpse was indistinguishable from those of the victims of the collapse who were present on the bridge at the time it collapsed.

You turned on the TV and opened the news

Opening the news refers to reading a physical newspaper such as The Australian. You are primarily focussing on the newspaper which is more important than whatever happens to be on TV at the time. Perhaps someone is saying "just shut up and take my money" or some other ad that's even worse ;-)

The newspaper has a picture of the suspension bridge you crossed at 10PM. The television mentions a different bridge had collapsed somewhere else.

I did not see it leading to anything earlier, but if you are dead, it is probably because the bridge collapsed at 10.00 PM, quite possible since that is between 10.15 (AM) and 11.00 PM.

Probably you died because you crossed the bridge at 11:00 p.m. when it collapsed, but you live in a different time zone and so your watch said it was 10:00 p.m. local time when you were crossing the bridge to get to the market. Keyword local market.

On return he heard his name announced in TV among those confirmed dead.

Not the answer you're looking for? Browse other questions tagged situation mystery or ask your own question.

13
The SErial Killer's killer
19
Mysterious Murder Mystery 3
3
Who is the killer now?
8
Abducted and taken to which city?
27
Who killed the indiscriminate warden?
7
The murder of the captain
16
Missing No. 53 - Act 1: A Musty House
5
A dead body was found buried near our Old House?
29
Chain Puzzle: Tabletop Games #04 - Mansion Massacre