My father in law made a pig pen cipher. Gave me a coding matrix and I know the message is spelled backwards but I still can’t figure it out. Can someone help? 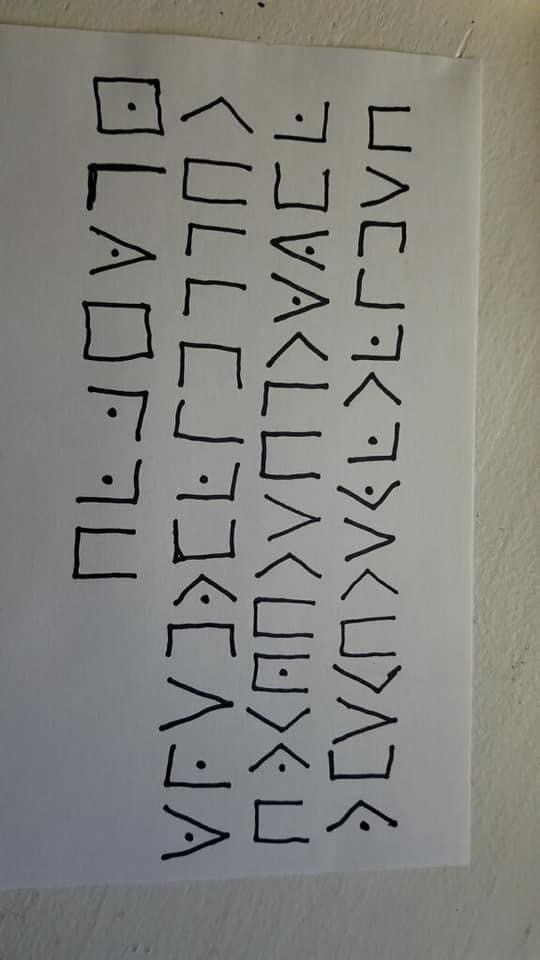 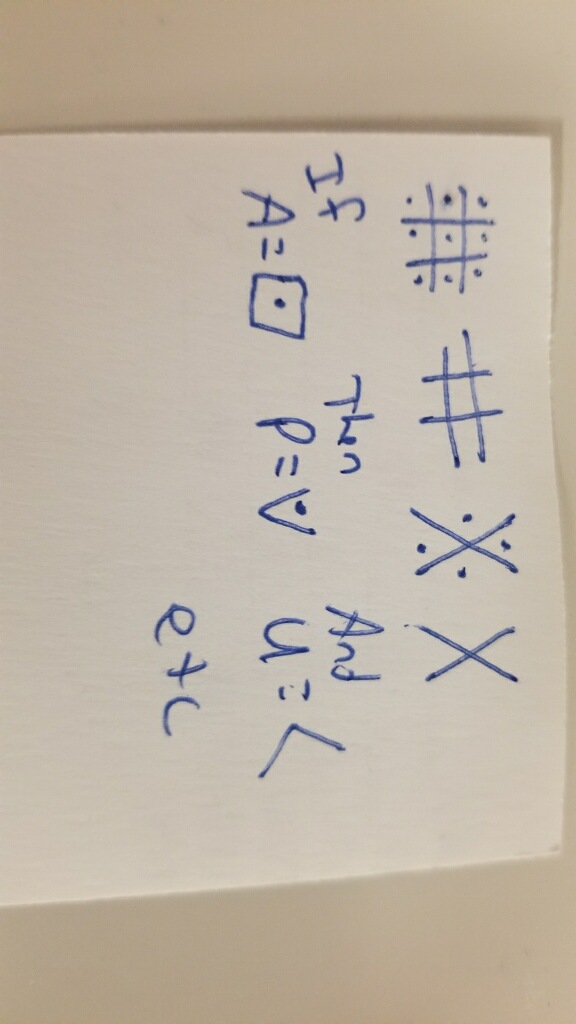 Doesn't seem to make much sense yet, but let's try reversing like you suggested

Again, does not seem to make much sense but now

We have a bunch of letters and we know that each letter represents another letter so this is a substitution cipher. There are some online solvers which can help with solving this type of cipher, one of the best known being quipqiup.

Typing the above in there, with an "auto" filter, gave me the following
EACK OF BOY SING A DIFFERENT VERSE FROM GANGSTERS PARADISE
Everything looks good here but the first nine letters. Some of the letters are set by the rest, so we'll have something of the form E A_ _ O F _ O _ where the missing letters are in the set C,H,J,K,LQ,U,W,X,Y,Z so the message should probably read

EACH OF YOU SING A DIFFERENT VERSE FROM GANGSTERS PARADISE

How you would work the version of the Pigpen cipher, I'm not yet sure.

To add to @hexomino's solid deductions, the modified pigpen cipher used by your father-in-law is equivalent to this: 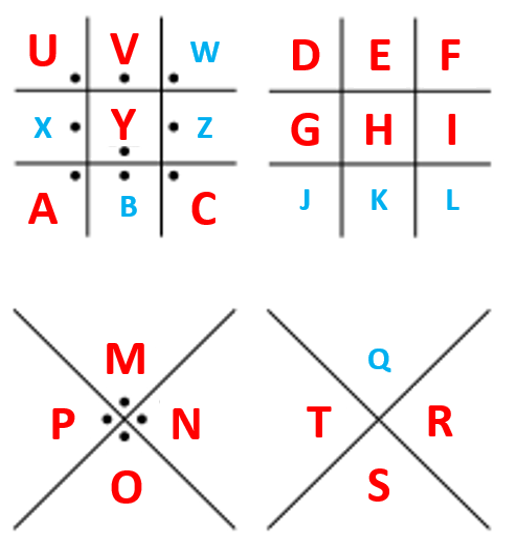 Here, letters full-size and red are direct translations from @hexomino's code-breaking exploits. The smaller blue letters do not appear in the code but their positions can be inferred from the pattern that emerges: 'A' is placed in the lower-left corner of the dotted hash grid, then the alphabet continues along that row, along the rows of the plain hash, clockwise round the dotted cross from top, clockwise round the plain cross from top, then back along the remaining rows of the dotted hash.

This means that the hint your father-in-law left you is supposed to be read in the following way:

He is trying to hint to you how the alphabet has been arranged in sequence throughout the pens using the sequence outlined above, in the hypothetical case that the cipher started with 'A' in the central dotted square. Then (he says) this hypothetical sequence should result in 'P' being the up-facing dotted triangle and 'U' being the right-facing plain triangle.

HOWEVER, I believe he is mistaken in his description here, because if the alphabet is arranged in order through the grids as here (i.e. dotted hash, plain hash, dotted cross, then plain cross), and 'A' were placed in the central dotted square as described, then 'P' would actually fall in the right-facing dotted triangle and the 'U' would actually fall in the down-facing plain triangle (both just one position out).

Oddly, his description is correct if you read the key in the orientation you have posted the picture (although the message wouldn't be)!

10
Help! What's my encoding? ¡××­šwg¿¿uþ}0ã×/Œz0îÏ–þžwóuÜ„
4
Technological guinea pig
8
Where is my technological guinea pig?
1
Decipher the word CFKQYUQ
9
A strange message
4
Pigpen cipher decoding makes no sense, can somebody decode it?
6
Cipher from a video game
7
logical deduction - A Cipher with Numbers
3
Word Search Cipher
6
Jimmy's back, and trying