Somewhat in the spirit of Stiv's This new puzzle type needs a name, can you solve this odd looking Sudoku and give it a name? 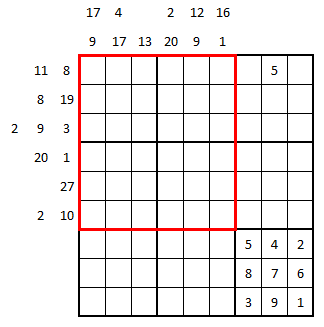 Here is my attempt at solving this:

I'm presuming that the numbers appearing at the side of the red square signify a Japanese Sum puzzle. A Japanese Sum puzzle is like a nonogram, with clues being equivalent to sums of consecutive digits appearing in a row separated by spaces. Digits in the same row cannot be repeated. Since this is a Sudoku puzzle as well, the digits must go from 1 - 9. 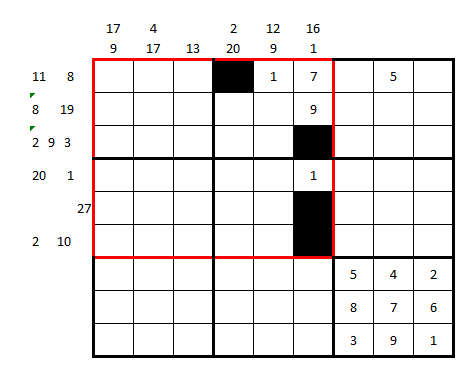 Row 3 (2, 9, 3) only has one solution, so we can fill that in as seen in the image below. This helps us solve some digits in the other squares. 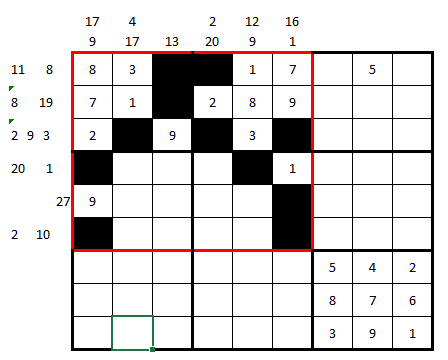 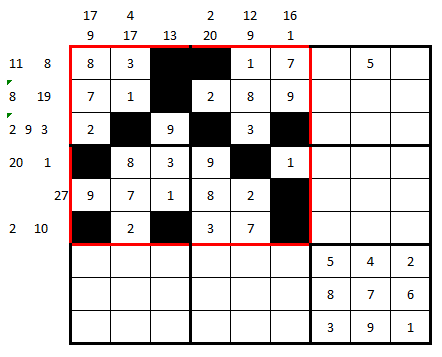 Once we have done that, then it is just a matter of solving the Sudoku by removing the blank spaces. Several of the digits can be trivially uncovered as shown below. 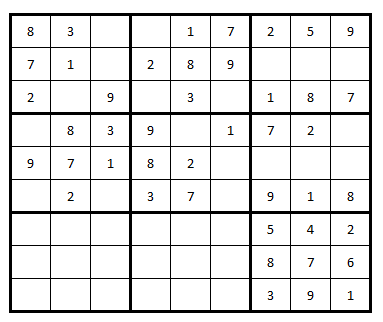 I got stuck here, so I filled the Sudoku with the available possible values. 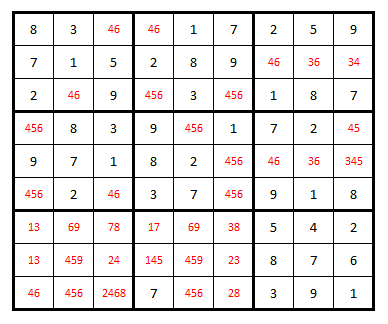 At this point, I noticed that in the 2nd Sudoku square of the bottom row, only the middle column has 6s in it. Therefore, there couldn't be a 6 in row 4, column 5 of the sudoku and the 6 had to be in row 4 column 1. This had a domino effect that allowed me to solve the rest of the Sudoku. The solved Sudoku looks like 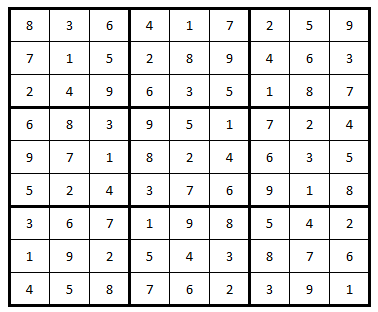 Since this included both Japanese Sums and Sudoku, we could call a puzzle like this "Sumdoku".

Not the answer you're looking for? Browse other questions tagged enigmatic-puzzle no-computers sudoku or ask your own question.