10 dummies play a game of Among Us [closed]

Ask Question
Asked 1 year, 2 months ago
Active 4 months ago
Viewed 771 times
5
$\begingroup$
Closed. This question is off-topic. It is not currently accepting answers.

This puzzle is based on Among Us; however, knowledge of the game is not required for this puzzle.

10 dummies are on a spaceship, in which there are 3 impostors and 7 crewmates.

For the sake of simplicity, let's assume that the dummies will do nothing but calling Emergency Meetings one after another. In each Emergency Meeting, they vote to get one random dummy ejected from the spaceship. Each impostor and crewmate has an equal chance of being chosen. Ejected dummies no longer participate in future Emergency Meetings.

Crewmates win if all impostors are ejected from the spaceship.

When either side reaches their goal, the game ends.

What are the possibilities of winning for impostors and crewmates, respectively? 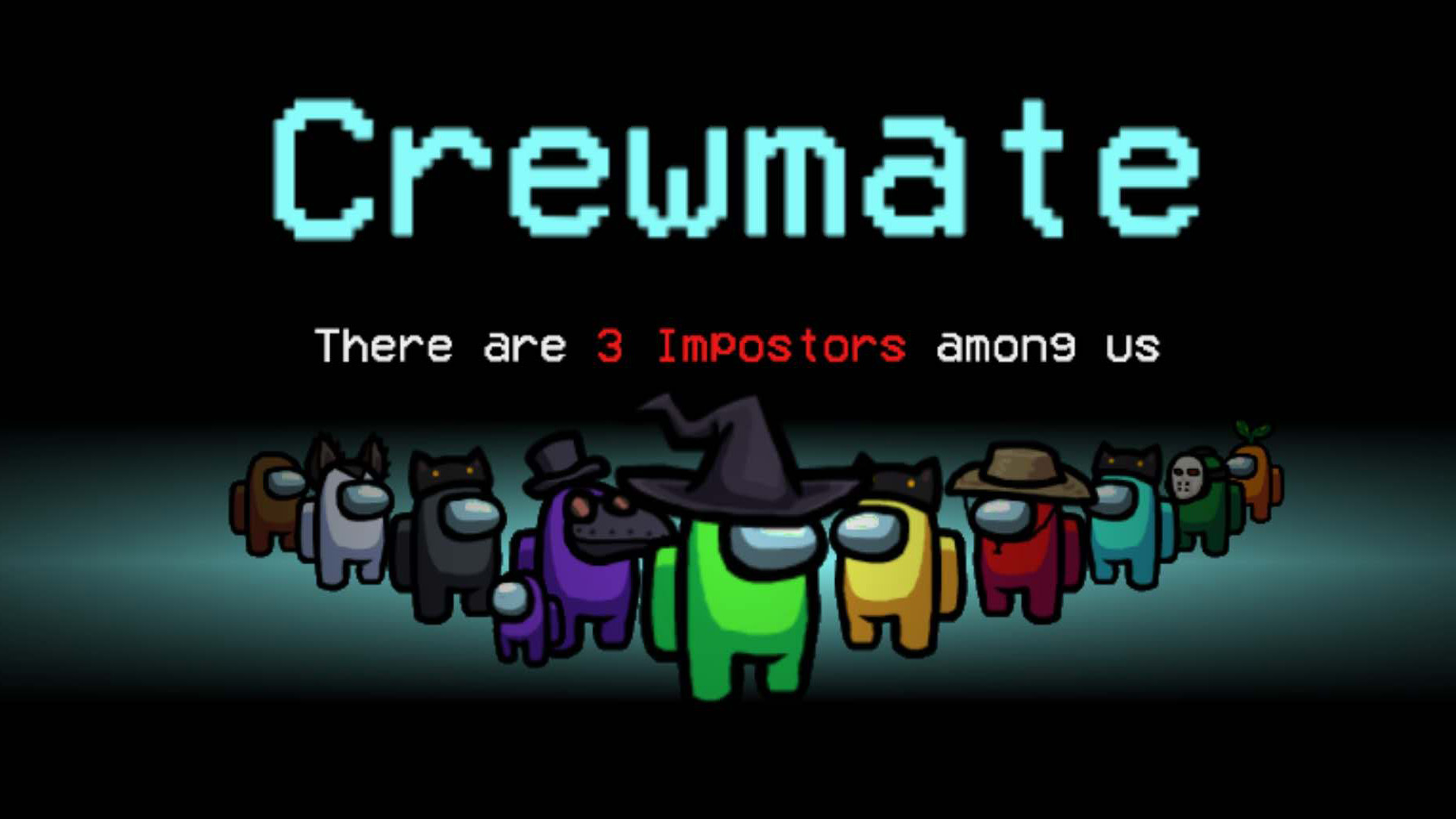 (This image is a screenshot of Among Us that has nothing to do with the puzzle itself.)

Moreover, does a general formula for calculating the possibilities of winning for impostors and crewmates exist, if there are $D$ dummies in total, and $I$ impostors among them? $(2I<D)$

To simplify, assume we continue ejecting dummies until none remain, and impostors still win if they match the crewmates in number at any point before the final ejection. This doesn't change the result.

Then, tally the dummies in reverse order of ejection. We want to know how likely it is that the number of crewmates is greater than the number of impostors after every step. This probability, that the crewmates win, is given by Bertrand's Ballot Theorem. With $p$ crewmates and $q$ impostors, assuming $p>$q, the probability is $$\frac{p-q}{p+q}=\frac{4}{10}$$

I am going to use the terms Crew (C) and Imposters (I) for all of my terminology because there are 10 dummies on board, not 7 dummies and 3 imposters. To help organize my thoughts, I put everything in a tree structure. 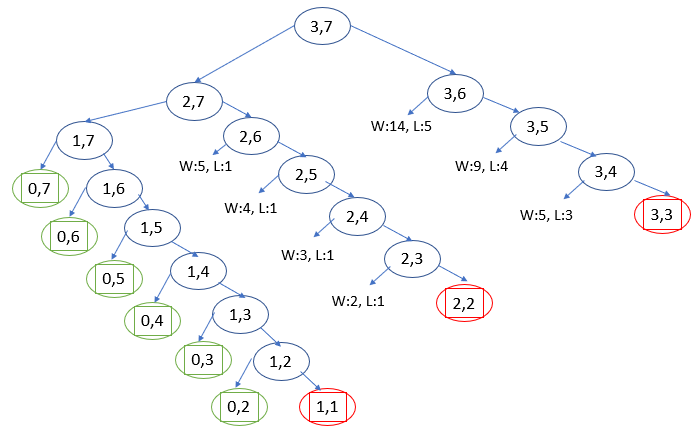 For I = 1, it is obvious that the probability of Crew winning is C / (C + I)
For I = 2, to calculate the wins and losses are the equations below, and then to calculate Crew winning you do wins / (wins +losses)

For I = 3, the wins and losses become more complex, and I can't get closer to a "general solution".

I have a feeling that this could be solved some way with the Binomial Coefficient but it has been so long since I have used it that I kept getting wrong answers.

Side node: playing with the tree made me think of the Fibonacci Sequence and makes me wonder if there is no general solution. That you have to manually calculate the wins/losses to get a solution.

Interestingly, the second clarification is not needed for the '1a' case - when none know who the impostors are, they all randomly vote and cases when a person is not ejected are simply discarded. It turns out that probability for impostors to win in the '1a' case is pwi= 2*I/N = 60% (when N=10 total players, out of which I=3 impostors). Results for different number of impostors in the '1a' case:

But the '1b' option is closer to an actual "Among Us" game, where impostors know each other and will always try to help other impostors, while crew members do not know who the impostors are. Therefore, under this option, it is logical that crew members will randomly vote while impostors would either all vote 'yes' to eject if the vote is for a crew member, or all vote 'no' against ejection if the vote is for another impostor. In this case, clarifying if majority or half votes eject does influence the result. I do not have a formula for this case, but I do have a recursive solution. Result numbers for 10 players (7 crew and 3 impostors) are pwi~ 89% (for 2b=half) or pwi~ 95% (for 2a=majority). If we use pwi(N,I,majority) to note the condition, then some results for '1b' are:

As expected, when impostors know other impostors and vote to help them, the chance for an impostor win are significantly higher (and even higher when majority votes are needed for eject).

Not the answer you're looking for? Browse other questions tagged mathematics logical-deduction calculation-puzzle or ask your own question.

14
eXtreme Nim: A Game With *Lots* of Pebbles
1
Magic: the Gathering - Goblin Horde
20
Obtain the "Master of stones" title
4
Help with pathing game Loopy
4
Card game - Insidious casino
4
How likely is a comeback in basketball?
3
A Very Odd Game
7
A Game of Sprouts
9
Minimum number of moves to win this number game
4
Winning strategy in game