I made a big mistake with my last post, and the puzzle I presented did not have a unique solution...many thanks to Deusovi for pointing it out, and many apologies to Deusovi and any others who spent time on a failed effort. However, I have been able to fix it, and I believe the puzzle below is uniquely solvable...it does have a fair bit of overlap with the previous attempt.

In this puzzle, there is a single 12x12 grid which contains clues for both a Tapa and a Nurikabe puzzle, to be solved in separate grids. It is up to you to determine which clues go with which puzzle. No clues overlap...a clue is used either for the Nurikabe or the Tapa, and it provides no information for the other, so a Nurikabe clue can be shaded or unshaded in the Tapa, and vice versa. I hope you enjoy! And I hope I didn't mess up again :-) 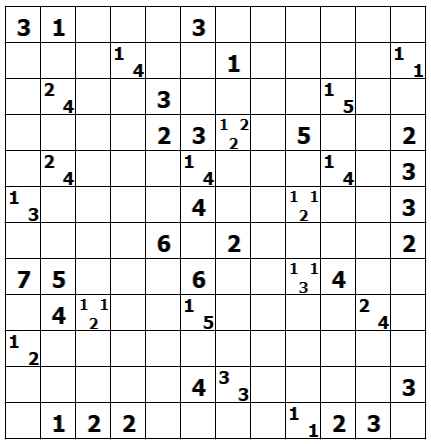 First, we assign multi-digit clues to the Tapa: 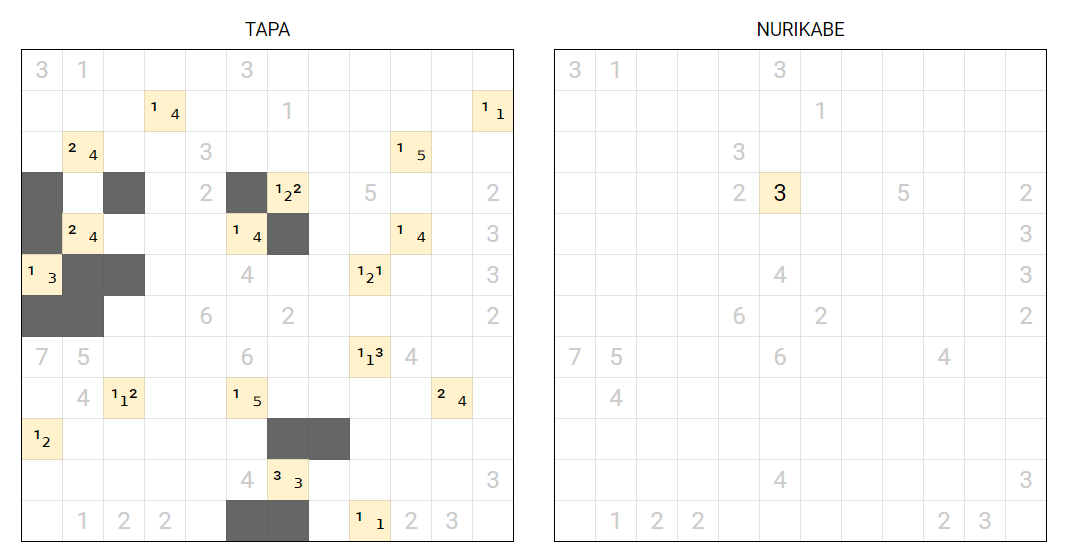 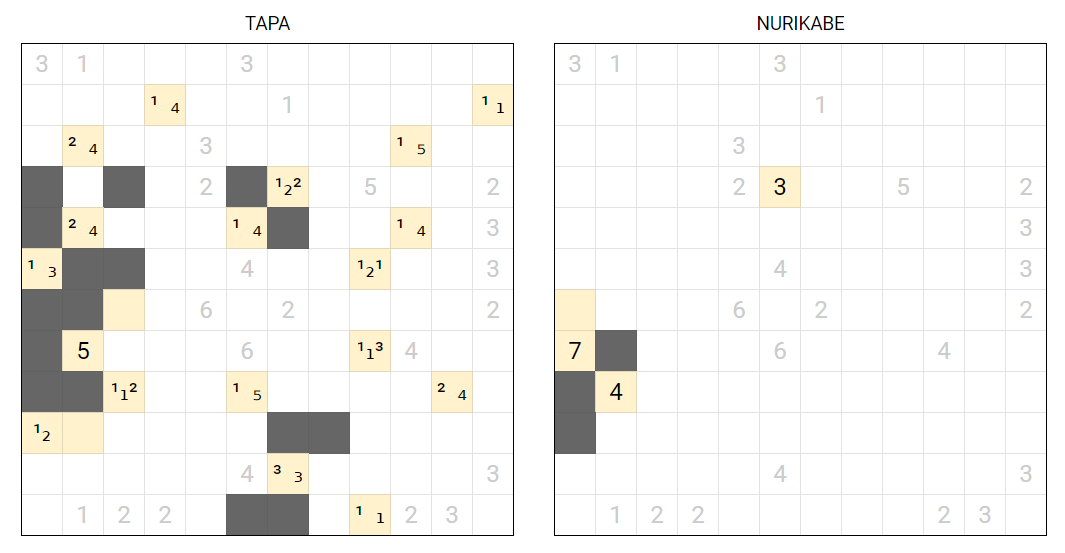 Now we can do some more advanced logic on both grids: 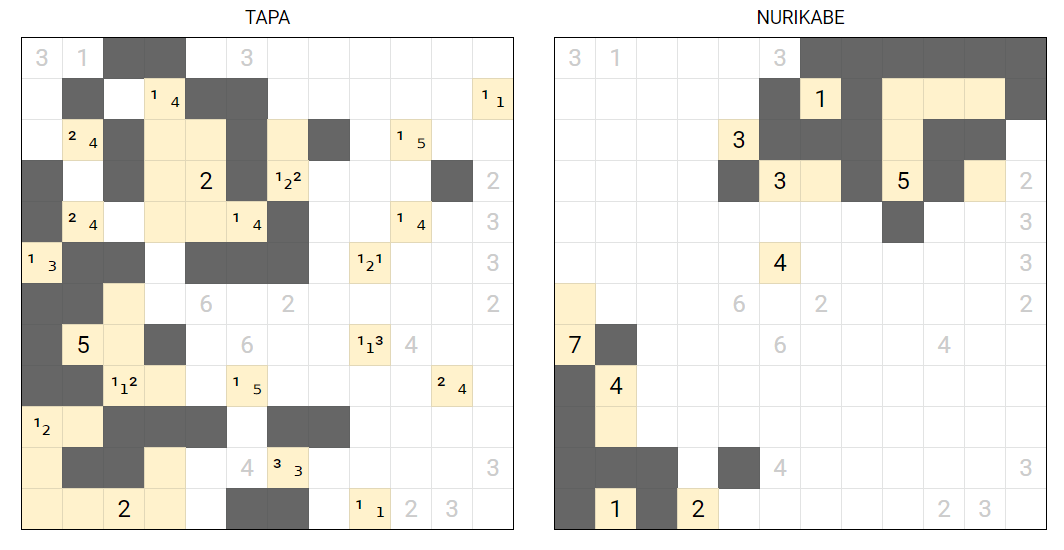 And some more logic in the center:

After a bit more Nurikabe logic, we can assign the lower 6 to Nurikabe because it can't be satisfied in the Tapa. The 2 is broken by the [15] clue in the Tapa, so it must be in the Nurikabe. 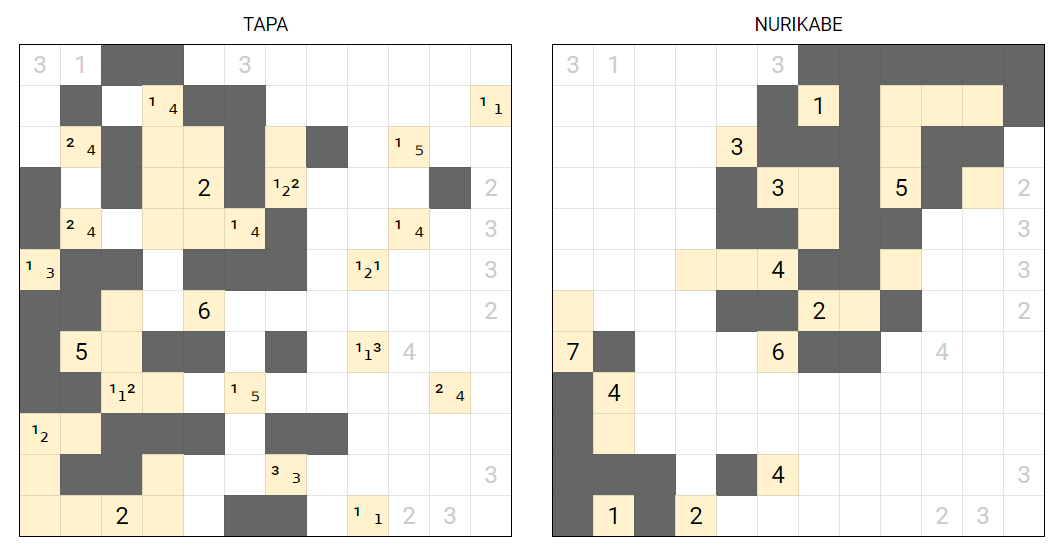 Some miscellaneous logic in various places:

Only the unassigned 4 clue can reach that newly-created hole on the right of the Nurikabe.
(I also noticed that more of the [15] near the top right of the Tapa could be determined, based on the nearby 11.) 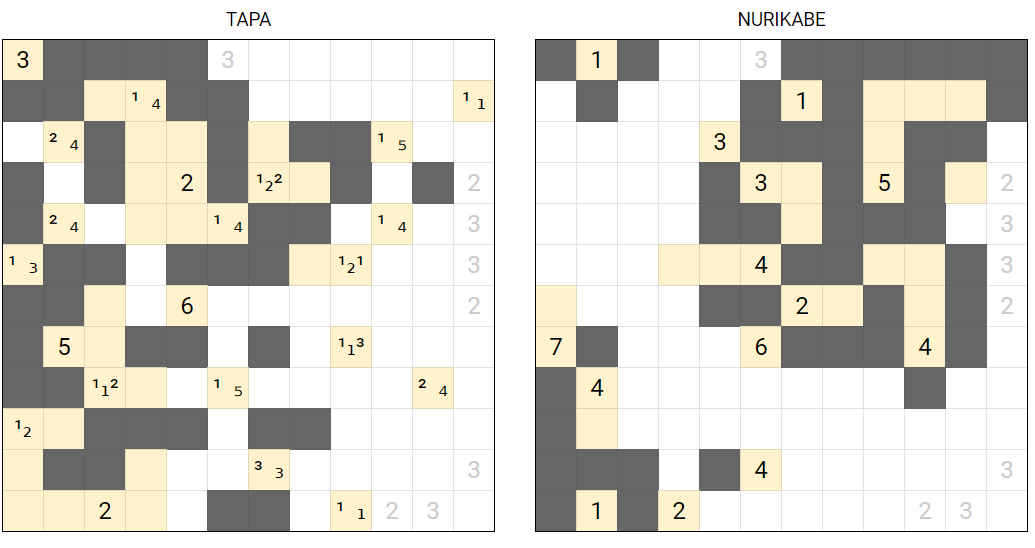 The top-left section of the Tapa must escape rightwards, making the 3 a part of the Nurikabe. We can also do some connectivity logic on the two nearby [24] clues. 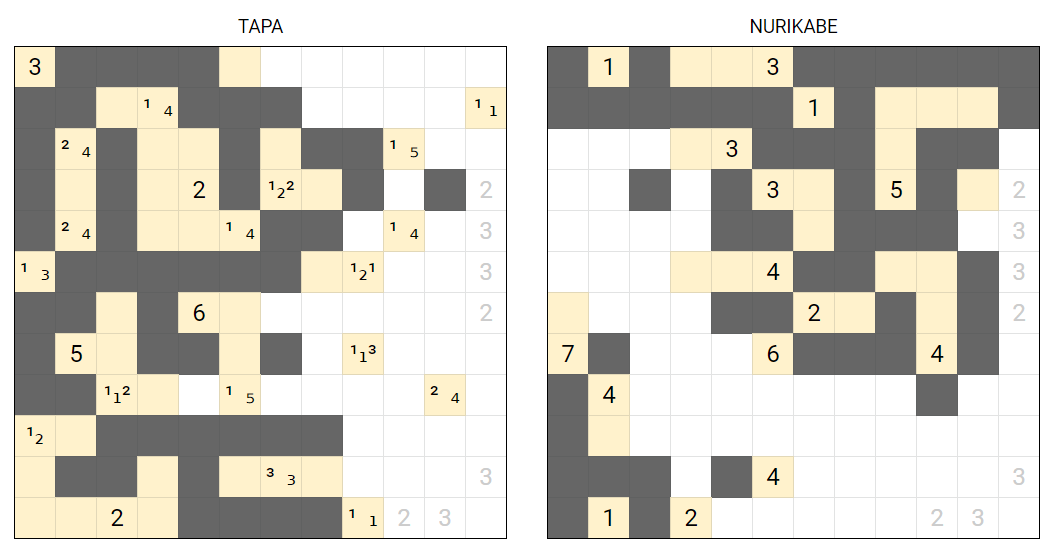 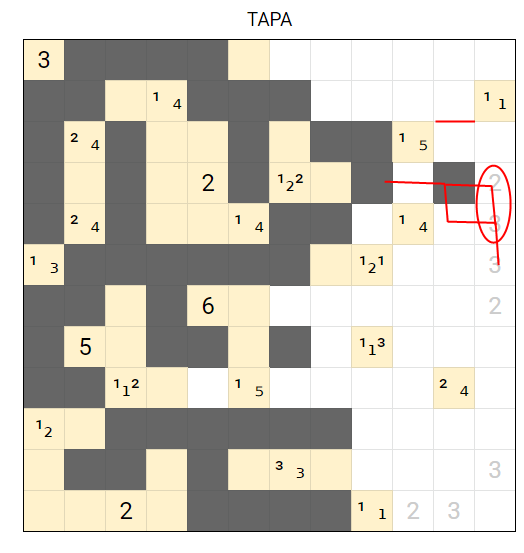 How can the top section connect to the bottom? Assuming it's not using the [121] clue, we run into a problem: we'll have to invalidate two adjacent clues in the Tapa (either by shading over them or by shading too many cells around them). And so that would assign two adjacent clues to the Nurikabe, causing a contradiction.

With this, we can fill out most of the Tapa! 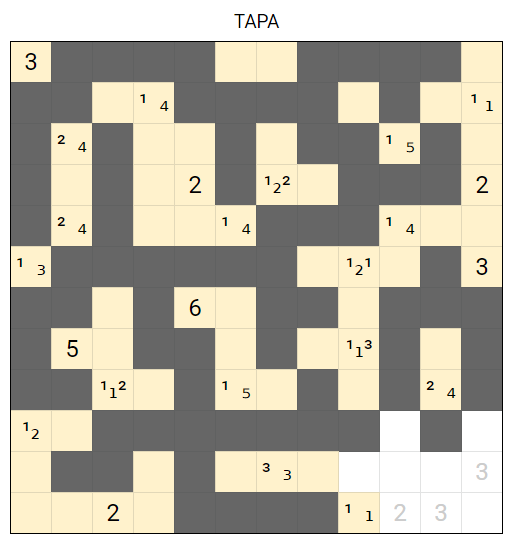 Turning to the Nurikabe once again:

There's some tricky logic in the bottom right. 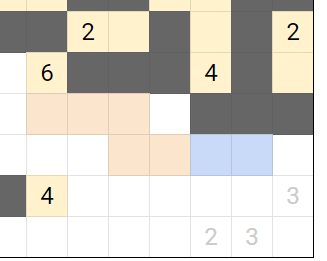 First, the leftmost blue cell here is in accessible, and so the right one must be caught by one of the two 3s. The white cell that's above-left of the shaded blue can only be reached by the 6, and that would cut off the shaded cells above it. So the 6 is forced along the orange path. 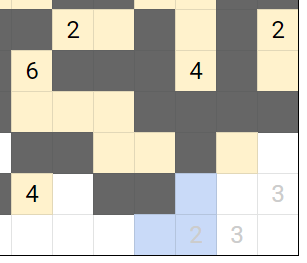 And now, look at the area I've marked in blue. The only thing that can stop that from being a 2x2 shaded area is the 2 clue inside it (because a 3 must take the top cell, and we can't use both 3s without the bottom right corner being disconnected).

And now we've assigned all the clues, and can finish off both of the puzzles! 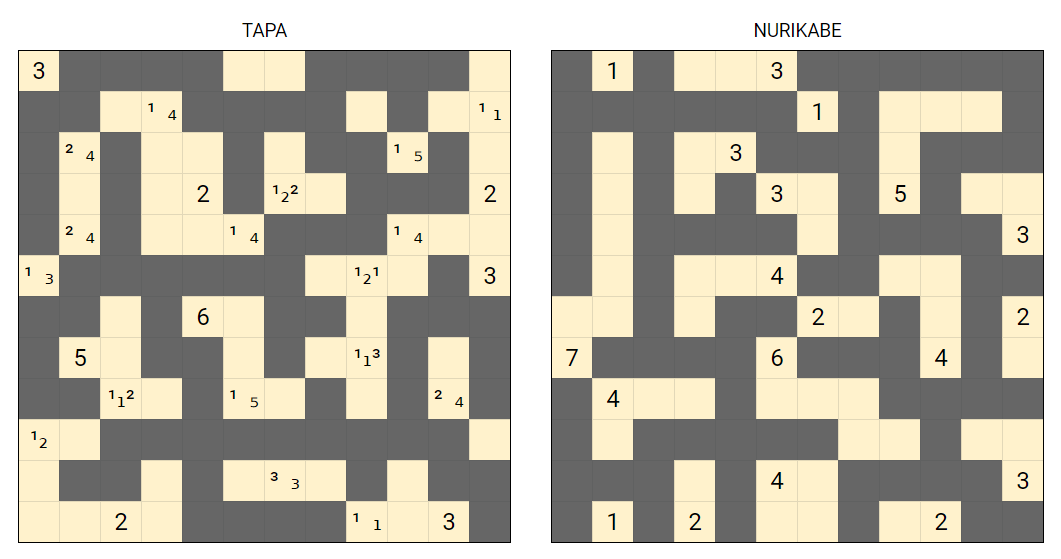 8
Nurikabe: Build it yourself
15
Tapa - Confluence
11
Nurikabe-Slitherlink
38
Q: What kind of logic puzzle would you like? A: Yes
5
A Nurikabe-Kakurasu study
10
Nutakapa: A Nurikabe-Tapa Hybrid
4
Another Nutakapa
7
A half-shading Nurikabe
15
Cross-Pollination
14
Tapa on a Penrose Tiling