An invitation to tapas for you, plus one

Alas, this is not an invitation to a tasty meal for you and your sweetie, but rather an invitation for you to try out these two Tapa puzzles. And the plus one? That's how the puzzles are related: if a cell in one grid is shaded and there is a clue in the corresponding cell of the other grid, you have to add one to exactly one of the numbers in the clue. For example, "1 1" would become "1 2", and "2 3" could become either "2 4" or "3 3". The number of digits in the clue does not change, so "3" cannot become "1 3". I hope you enjoy! 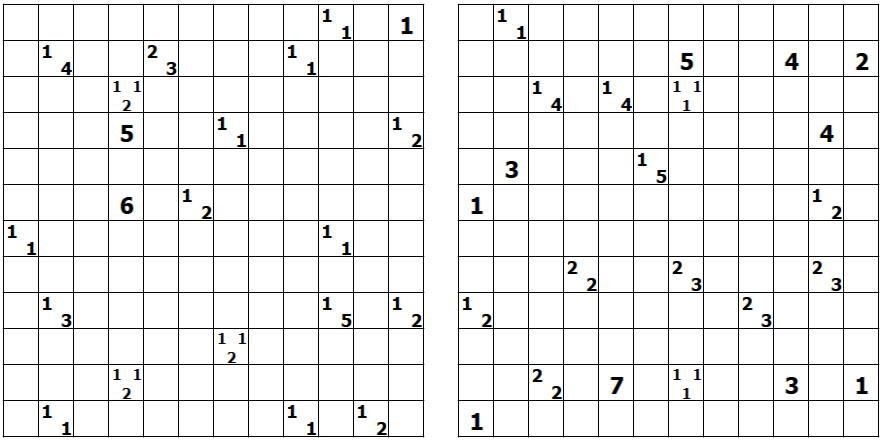 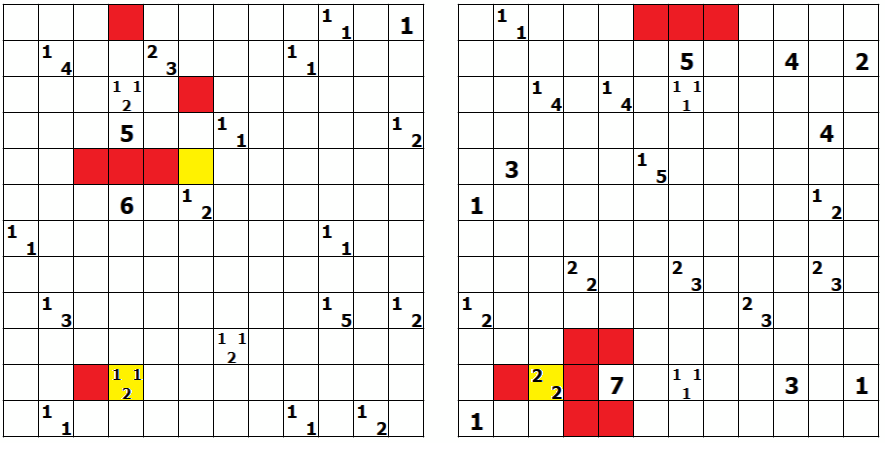 Some immediate deductions - the gap must be to the left of the 7 (the three 1s can't have 3 in a row), the 1/5 can't go up to a 2/5 or 1/6, as the runs would collide. The squares with numbers highlighted yellow are those which have a number +1. 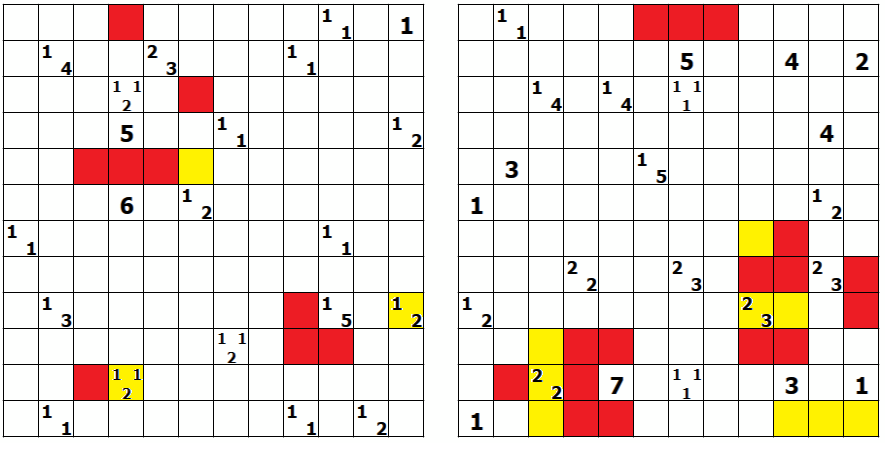 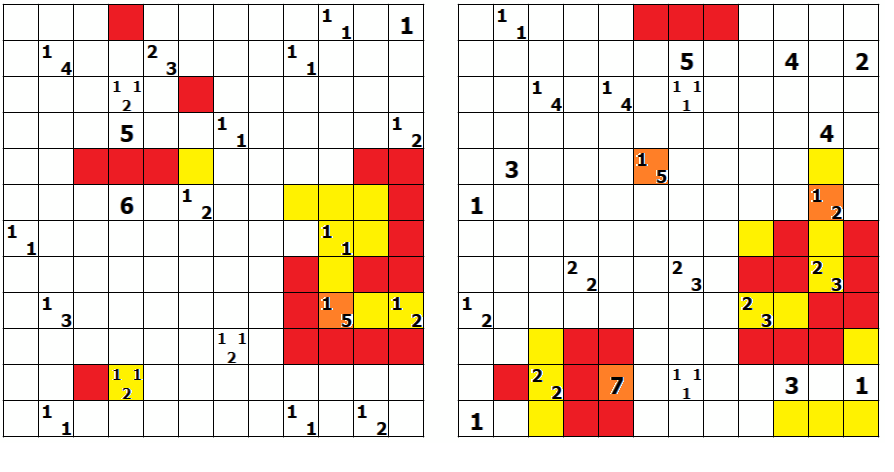 If the right 1/2 on the first grid is bumped up to 1/3, then we have a isolated point just north of the 1/5. So it's a 2/2, and we can solve some more. I'm now using orange for numbers we know aren't bumped up. This lets us know, for instance, that the cells on the right of the second grid connect downward - it's not a 1/3. 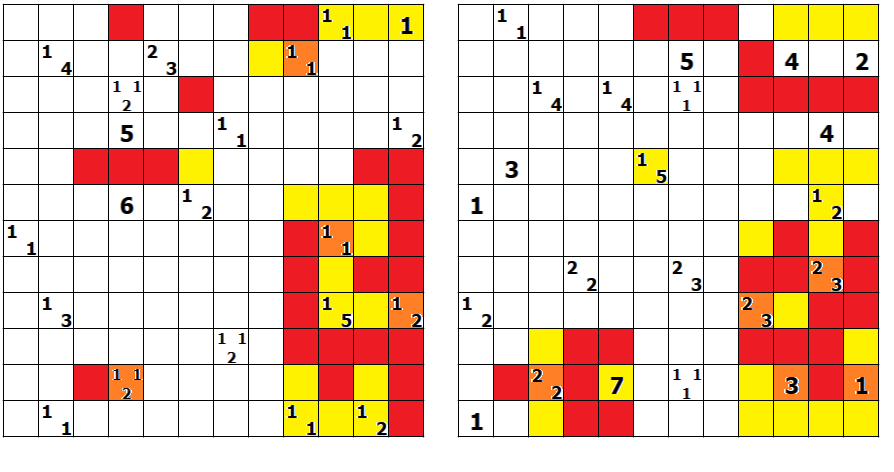 Sorry about this, I've switched what yellow/orange means on the numbers. It'll be easier that way. This step is more straightforward deducing. 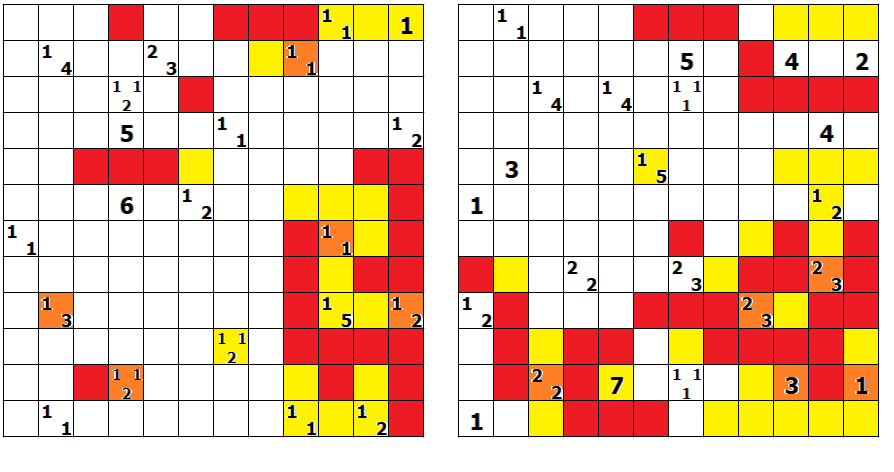 The right side cells need to be connected (grid 2), and they can't go south around the 1/1/1, so they go north. In a similar vane, we can fill in some cells on the left side of grid 2. 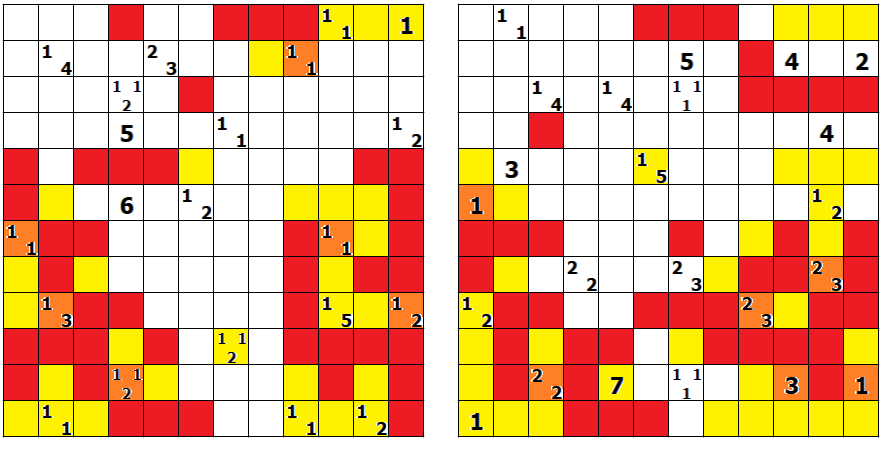 Continuing on... the middle 1 in grid 2 must be a 2, so that fills in a cell on grid 1. Starting from noting that the 2/2 in the bottom left of grid 2 is complete, we can fill in a lot of grid 1 pretty easily. 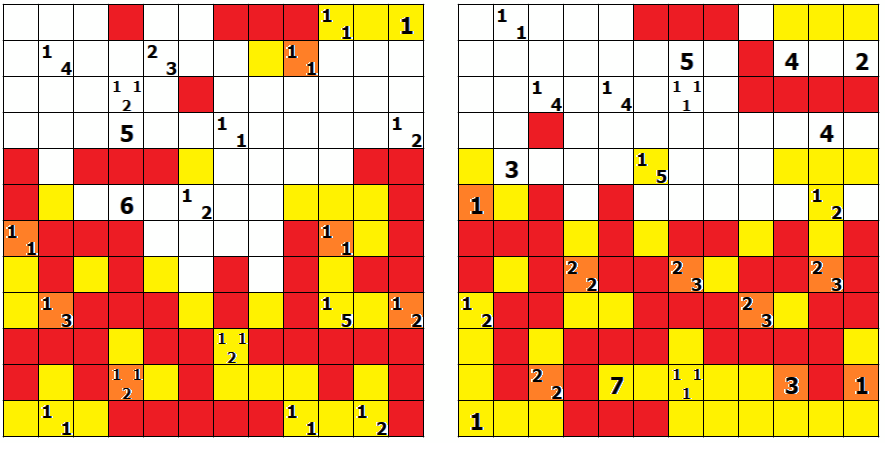 Looking in the middle of grid 2, suppose that the space to the left of 2/2 is empty. Then we can't get a connection up through the middle. So we get this. Also, the 1/1/2 on the left can only support one connection from the south, so the 1/1 can't have a cell to the NW, but only to the W. 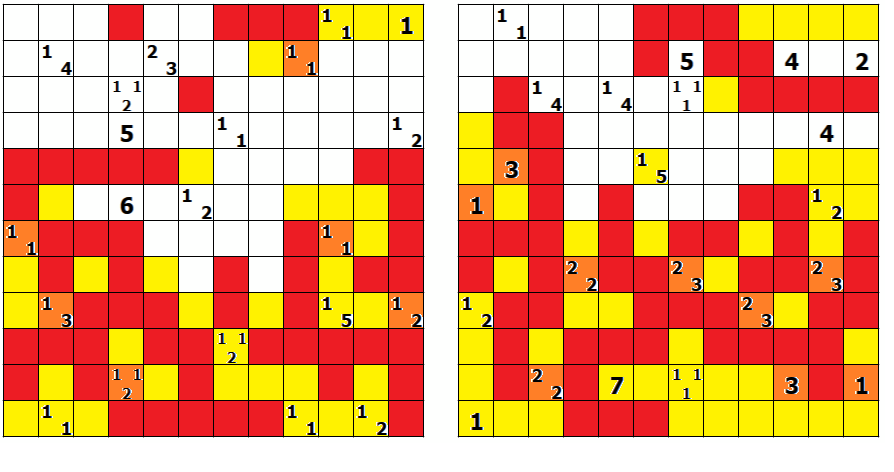 Take a look at the 1/1 in the top left hand corner of grid 2. One cell can be connected along the top, but the other must connect south. This gives us a few cells around and above the 3, cementing it as actually a 4.
Now we know that the cells at the top of grid 2 must connect south over by the 4 - the 1/1/1 requires a blank to the left, and the left 1/4 requires a blank to its right. The cell that is fourth from the right in the top row on grid 2 must be empty, or else the cells in grid 1 force both the 4 and 2 to be orange, leading to 6 filled in spaces around the 4. 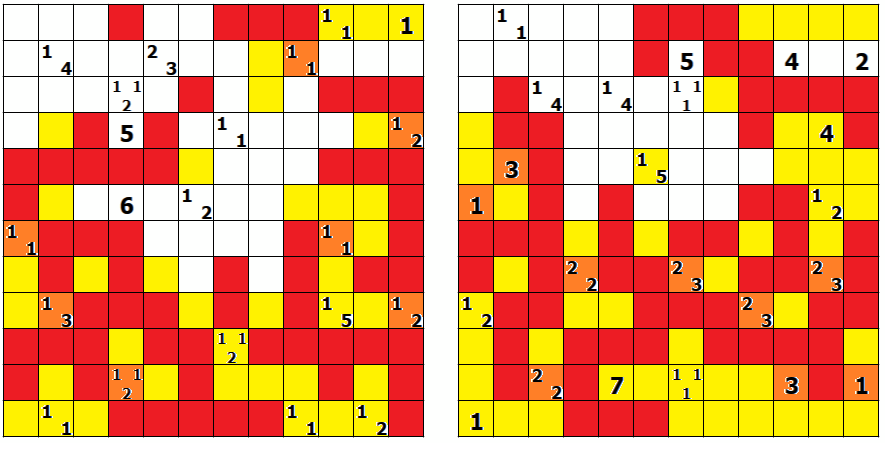 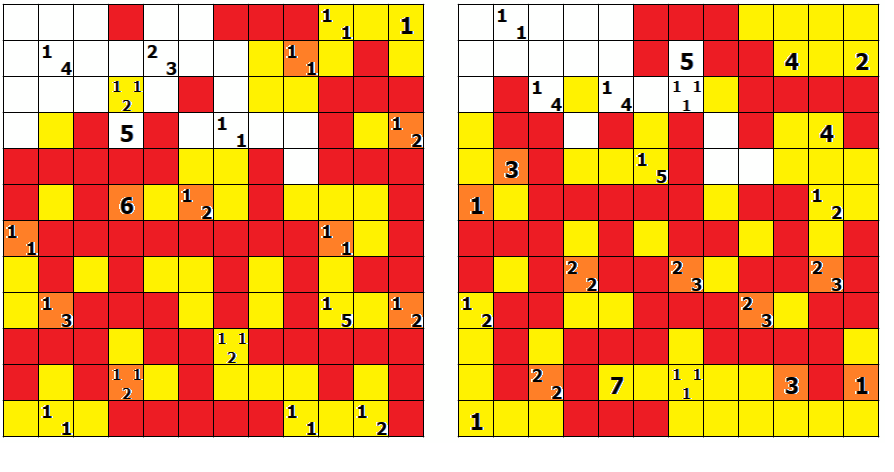 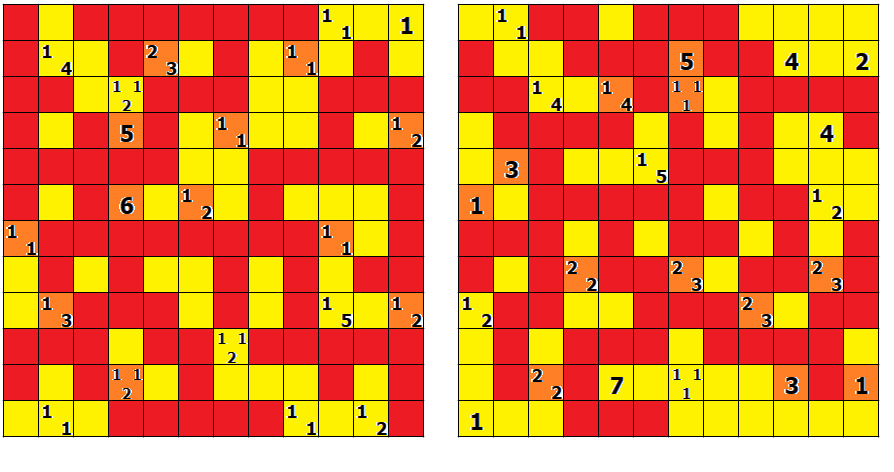 The rest is cleanup.

10
Grid Deduction Deduction: Cave or Tapa?
15
Tapa - Confluence
38
Q: What kind of logic puzzle would you like? A: Yes
4
Another logic study
5
A Nurikabe-Kakurasu study
7
Raindrops revisited
10
Nutakapa: A Nurikabe-Tapa Hybrid
4
Another Nutakapa
15
Cross-Pollination
14
Tapa on a Penrose Tiling