Is there any logic to this puzzle in the game Songs of Skydale?

My brother is currently playing the game Songs of Skydale and ran into this puzzle. There's a sequence of 3 patterns in the top row and you have to figure out which of the options in the bottom row is the fourth. He guessed the correct answer but we still don't understand the solution.

We tried messing with rotating and translating the quadrants of the patterns, assigning the dots to a number system, and even thought maybe the number of empty spaces would match the Fibonacci sequence. Nothing we tried that worked between the first and second patterns worked between the second and third patterns.

Any ideas? This isn't a game based on these puzzles. This is a minor aspect to the game, so I wouldn't think it should be very hard. I'm probably missing something obvious! 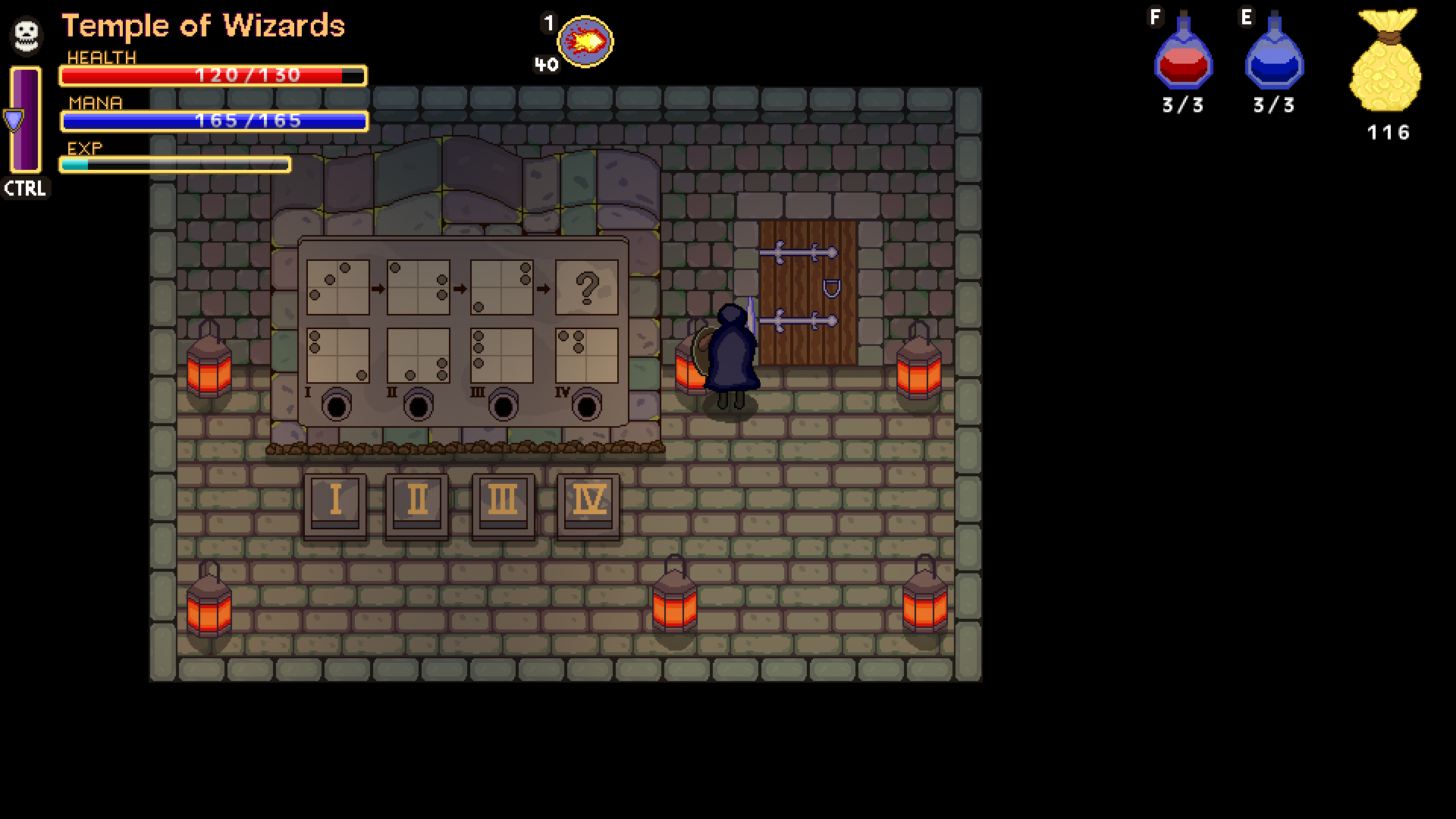 5
Is there a logic to this sequence?
4
Words logic puzzle
12
Star and Numbers logic puzzle
4
Trying to find relationships among tables of the same set
13
What does this translate to? - The game #1
3
Logic Puzzle - Alphabet splitting extraordinaire! sequel
3
Logic Sign Puzzle