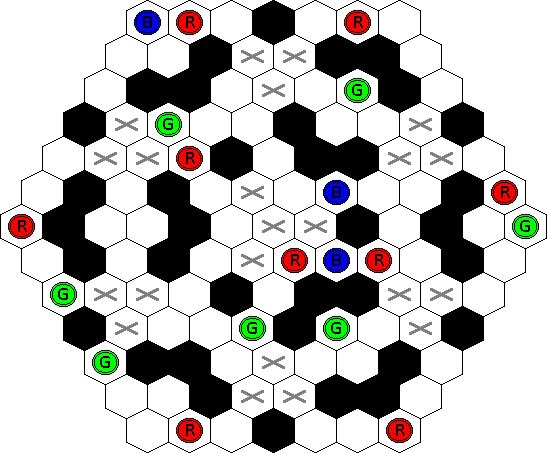 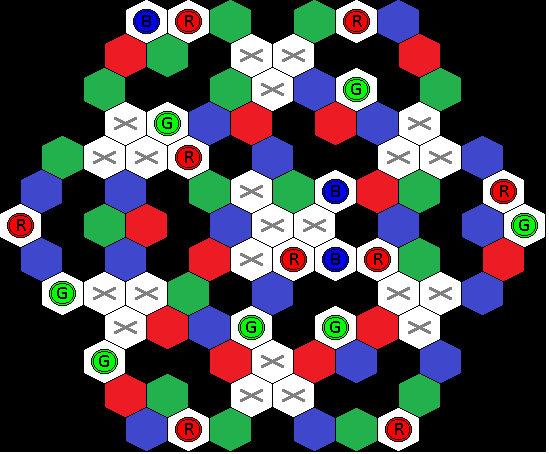 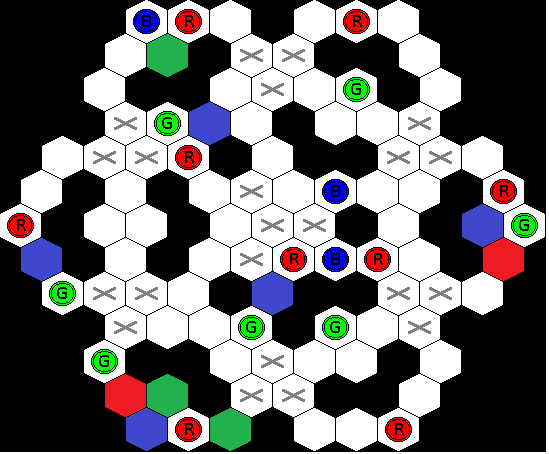 In the bottom middle where there is a set of three mutually adjacent Xs, the lower right of three Xs is currently only lit green, meaning the two adjacent hexes to it must be red and blue, in some order. In the tunnel in the bottom right corner, the middle hex is lit only by this row, so the two blank hexes must be blue and green in some order. These two criteria force this corner, and we get a couple more hexes via adjacency. Then we look at the triangle of Xs in the bottom right, and notice that the bottom of these three is only lit green and red, forcing the hex to its bottom right to be blue. The grid thus far: 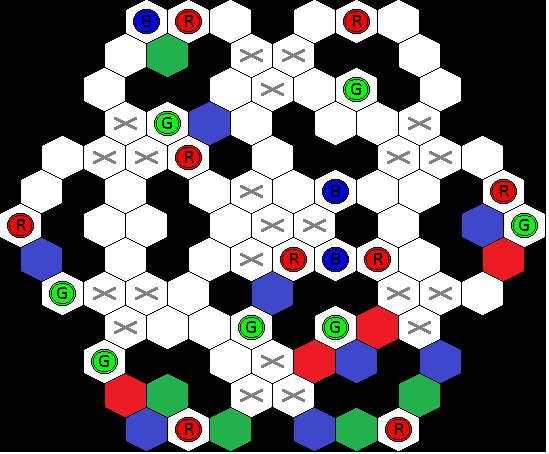 We continue in this vein for a while, identifying hexes where a color is missing and can only be illuminated by one open hex. This finishes about half of the grid as below: 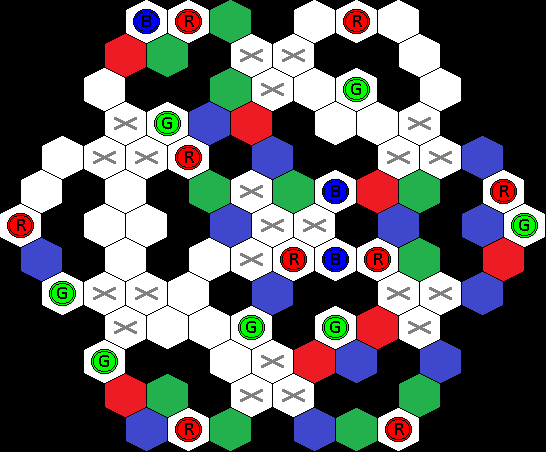 Our next deductive step is in the upper right corner. The given green is adjacent to two hexes, which must be red and blue, in some order. But then we see that in the set of Xs to the bottom right of the given green, the top X is only shaded red and blue, forcing the hex to its upper right to be green. We can then chase colors around the handle at the top. Now looking at the Xs to the upper left of the given green, we see the bottom one is only lit red and green, forcing the rest of this corner of the grid. This gives: 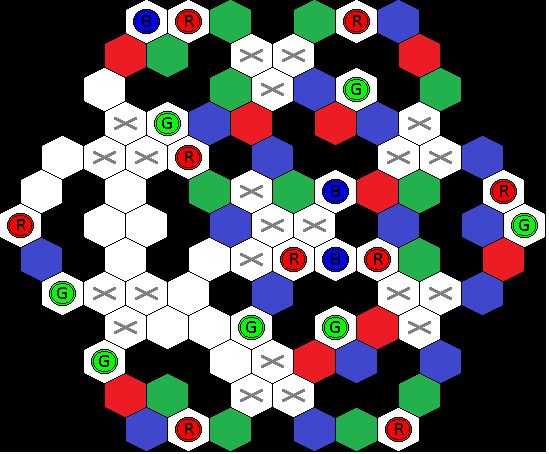 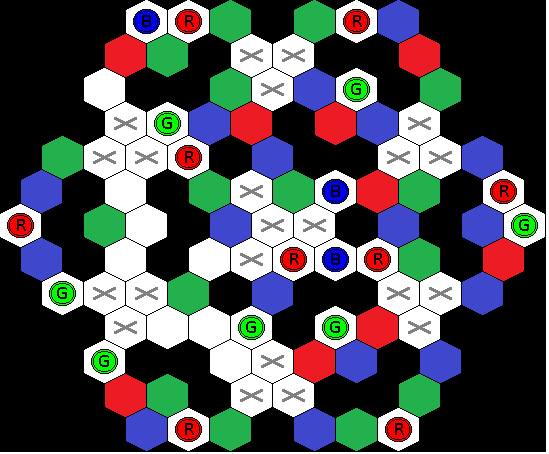 At this point, I realized I missed a fairly obvious chance to turn the remaining unshaded square in the upper left corner green. Once you stop making rookie mistakes, the rest falls out easily :-)