Where is the pilot flying to? (Second destination)

After a very close call the last time he was making a flight for the mafia, Barry received a new set of orders for his next flight. The Don really loved his creative little puzzles, and Barry knew that the only reason he could solve them was that he and the Don were often on the same wavelength with their thoughts. With the Don's newest encoding scheme, there would be no more need to brute force or guess at any part of the solution like last time, so that would save Barry a bit of time figuring out his final destination.

The image sent to him by the Don consisted of two 7x7 grids, filled with squares of various colors presented in a random order.

Barry looked at the message sent by the Don and quickly setup the navigational unit in his plane and prepared for takeoff.

Where is Barry flying to this time?

The partial answer below was such a great start, I was hesitant to add a hint at all, but it's been a while with no activity, so maybe this will get some of the juices flowing.

The partial answer and comments below it give almost everything needed to solve the puzzle. Given the starting point below, what's a simple thing that can be done to take the colors and translate them to a legal lat/long number?

Some of the colors are red herrings; each color falls into one of two categories. Determine which colors are actually relevant to the puzzle, figure out the correct order to put the relevant colors in, and then use that to convert them to the appropriate numbers.

The pilot is flying to

Convert each color to its wavelength (except white, black and pink, since they have none), order the colors ascendingly by wavelength, then convert each group to it's amount of occurences (e.g. 5 times violet, 0 times blue) and concatenate. Small square represents the decimal dot.

So far, this is what I have come up with: 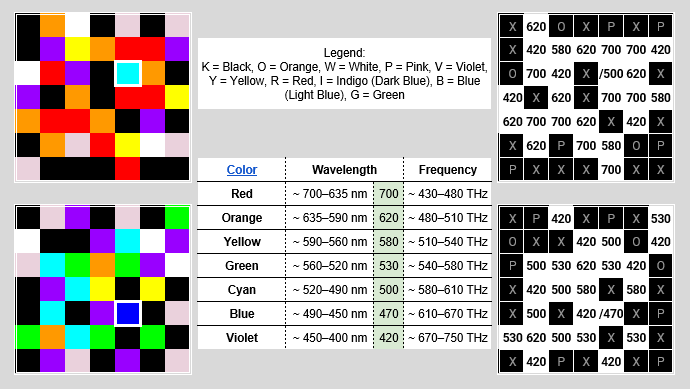 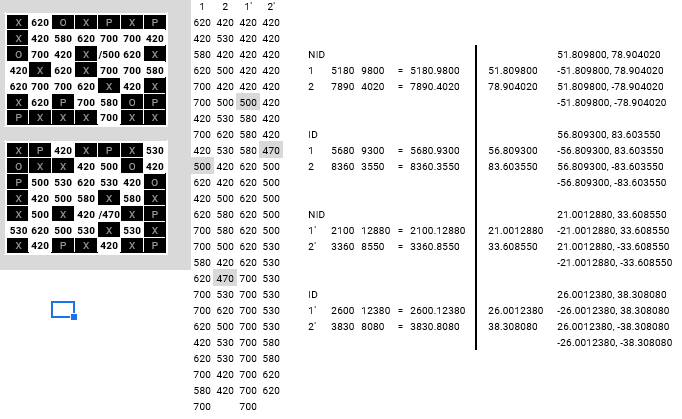 *The first thing that stood out to me right away was that "he and the Don were often on the same wavelength with their thoughts". Based on a quick Google search, I got the chart of wavelengths for the colors, as shown in the picture above. I have excluded black, white, and pink, as none of these colors have specific wave lengths.
**I tried not to overthink it. I split up the numbers from each of the boxes into 4 columns. Columns 1 and 2 contain the numbers from boxes 1 and 2 respectively, in the order that they appear (left to right, as if reading a book). Columns 1' and 2' are the same numbers, except sorted from smallest to largest (I also tried largest to smallest, but it is not pictured above). Taking the suggestion in the comments, I marked the half squares as where the decimal would go. I then summed each column two different ways each. From there it was obvious that a decimal could not literally go there. So instead of literally placing the decimal at the half squares, I placed the decimal reasonably, and got the coordinates all the way on the right. Despite the problem saying that guesses would not need to be made, I could not immediately figure out if there were any clues hinting to positive or negative coordinates, so I just tried them all anyways.
While some of these did put me on land, none of them put me on or near any airport.

I honestly do not know where to go after this, or if im even on the right path. I am not a seasoned puzzle solver, and this is my first real attempt at possibly solving a puzzle on this site. Either way, here are some things I noticed that might be helpful:
1. [Removed, irrelevant given new information] 2. [Removed, irrelevant] 3. As given to us in the last puzzle, anywhere he goes has an international airport. Im going to assume this information is still relevant due to the continuation of the story, and the knowledge tag on the post.
4. The half squares are obviously significant in some way. My first thought was to use half of the wavelength values for those boxes. Given new information, my first attempt has been to use the half squares as decimal places.

Please keep in mind that I am completely new to solving, and puzzles in general. I do not have extensive knowledge about all the puzzles, or ways that clues may be hidden. I simply wanted to share what I have found, and possibly spark some inspiration for others.