When I was eight, my name didn't reflect my size.

I was the best when I was six.

I never reached nine because my creator had perished.

I am a lineage of vehicles.

I am from a European country.

Okay, I think I finally see that you are:

the Panzer tanks developed in Germany in the 20th century. Note that 'Panzer' is short for 'Panzerkampfwagen' (meaning 'armoured fighting vehicle') - I will just refer to them as 'Panzers' throughout this write-up!

When I was one, I hid my species.

The Panzer I was a light tank produced in Nazi Germany in the 1930s, and was used in the invasions of Poland in 1939 and France in 1940. As the first model in the Panzer lineage it had no animal 'nickname' - unlike several of the later models (more on that to follow, below), so could be considered as having 'hidden its species'.

When I was two, I was still light.

The second Panzer model - Panzer II - was an upgraded version of the Panzer I, but was still classed as a light tank.

When I was three, I gained weight.

The Panzer III, however, was heavier (it 'gained weight') - a medium tank.

When I was four, I was many.

The Panzer IV was the most numerous German tank to be used in the Second World War - 8,553 of these were built ('many', indeed...).

When I was five, I was a kitty.

The Panzer V was the first to be given a nickname: the Panther (i.e. a type of cat).

When I was six, I was a bigger cat.

This was followed by the Panzer VI, which was known as the Tiger - a bigger cat.

I skipped seven, no time for that.

The Panzer VII - which was to be nicknamed 'Lion' - was only ever a design for a super-heavy tank. However, it never became a reality, skipped in favour of a new design by Porsche...

When I was eight, I became a plague.

...which was the Panzer VIII, nickname 'Maus' or 'Mouse' in English - an animal which is known to occur in plagues in some parts of the world.

And that's where the Panzer lineage ends. the Panzer IX (and indeed X also) never actually existed - instead they were fake conceptual drawings printed in a German military magazine purely to deceive Allied intelligence!

To address the hints:

1. When I was eight, my name didn't reflect my size.

The Panzer VIII, or 'Mouse' was a super-heavy tank - far from being mouse-like!

This is probably one up for discussion, but some consider the Tiger heavy tank (Panzer VI) to be Germany's mightiest tank during the Second World War. (Although I have also seen arguments in favour of the Panther also...)

3. I never reached nine because my creator had perished.

No ninth Panzer model was ever actually built as by this point Nazi Germany had been vanquished.

4. I am a lineage of vehicles.

5. I am from a European country.

I believe you are a

I noticed that cat and kitty appears twice in the riddle, and it is tagged history--plus--your profile picture is a cat. So I Googled "evolution of cats", and this was the first hit: 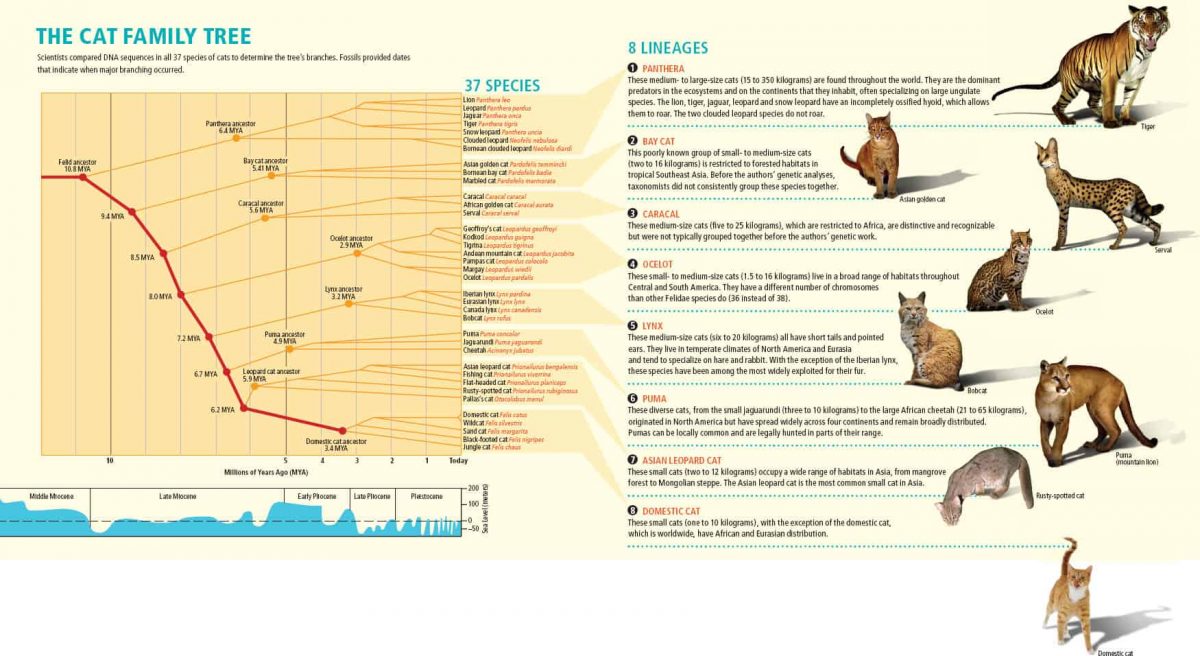 I think each line in the riddle is referring to one of the eight lineages.

When I was one, I hid my species. This is referring to the Panthera, and "I hid my species", I believe, is talking about the rareness of their fossils, as you can infer from this excerpt from here: (I've shortened it) "The pantherlike ancestor to the cat family...was difficult to trace..., because feline fossils are rare, and difficult to tell apart." It's from the same source as the image, so I'm confident that's what you're talking about. A Panthera: 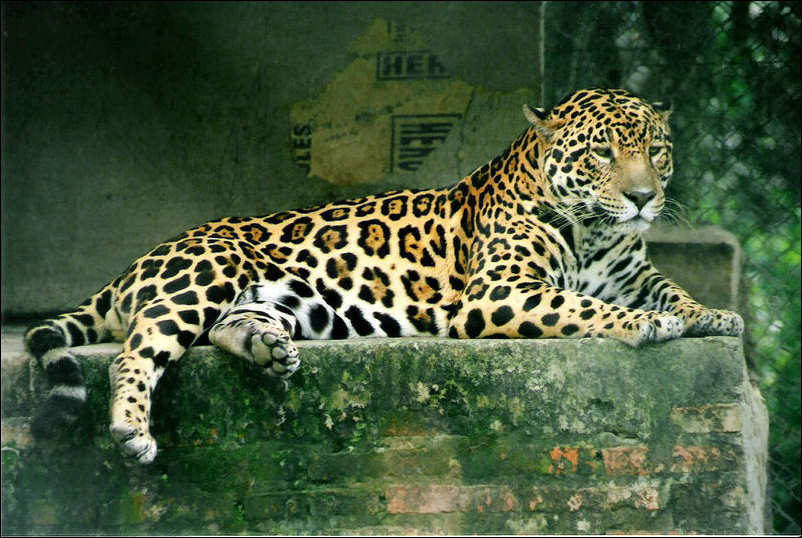 When I was two, I was still light. I think that light in this context implies weight. The second of the eight lineages is the Bay Cat, which, according to the image, is a small to medium size cat, between 2 and 16 kilos in weight. 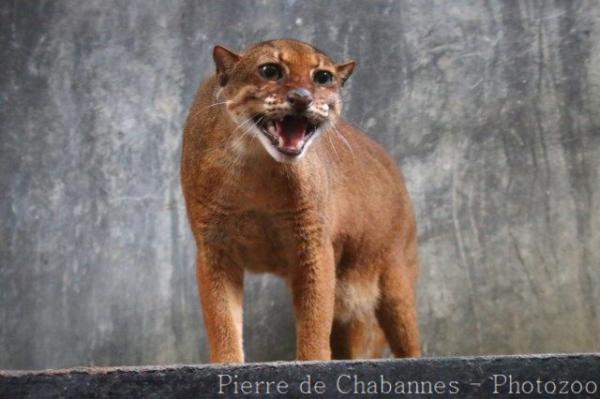 When I was three, I gained weight. The Caracal, the third of the eight, weighs between 5 and 25 kilos, thus implying the gained weight. 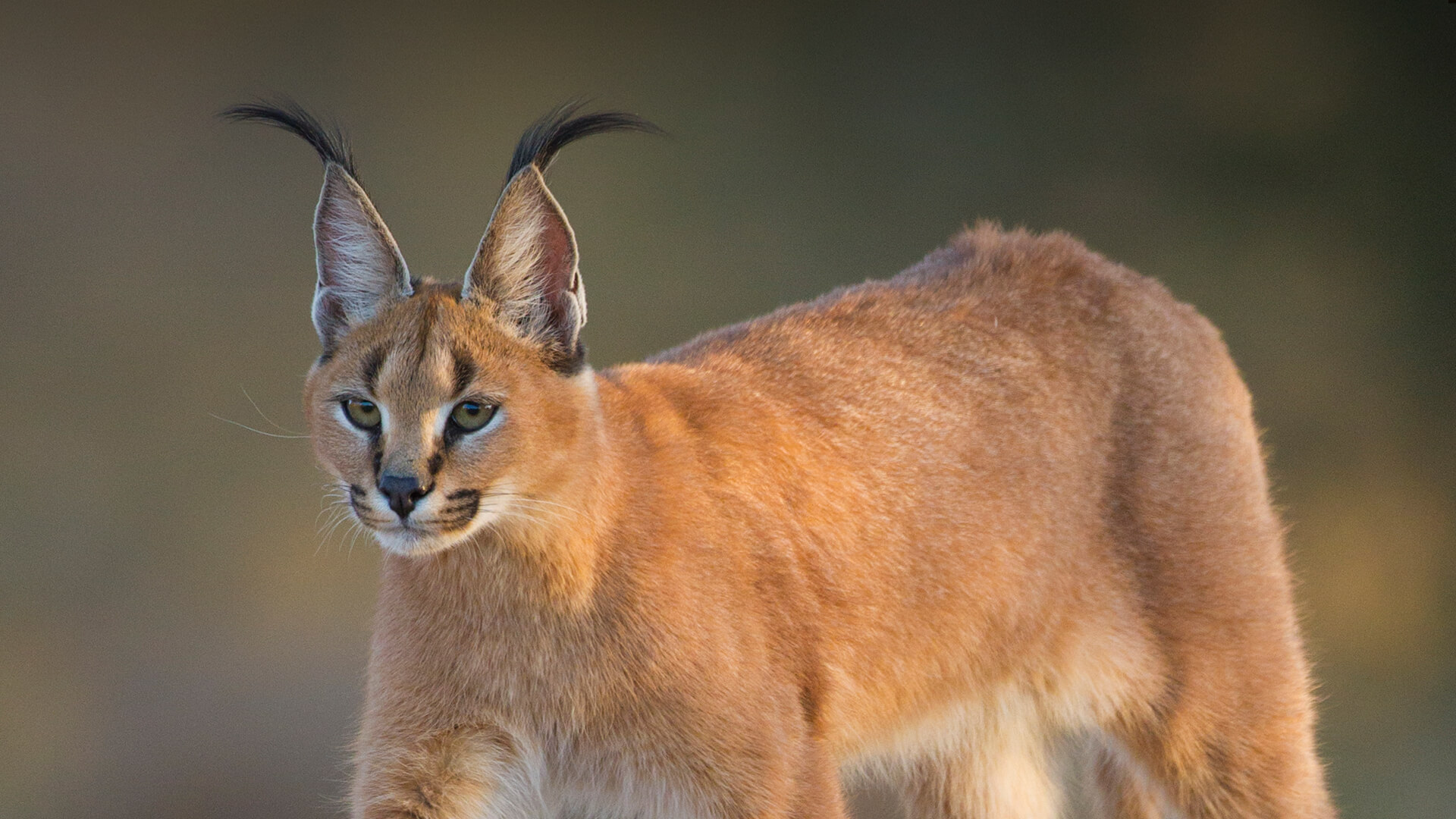 When I was four, I was many. The Ocelot, the fourth, lived in a broad range of habitats, while the previous ones were restricted to different continents. 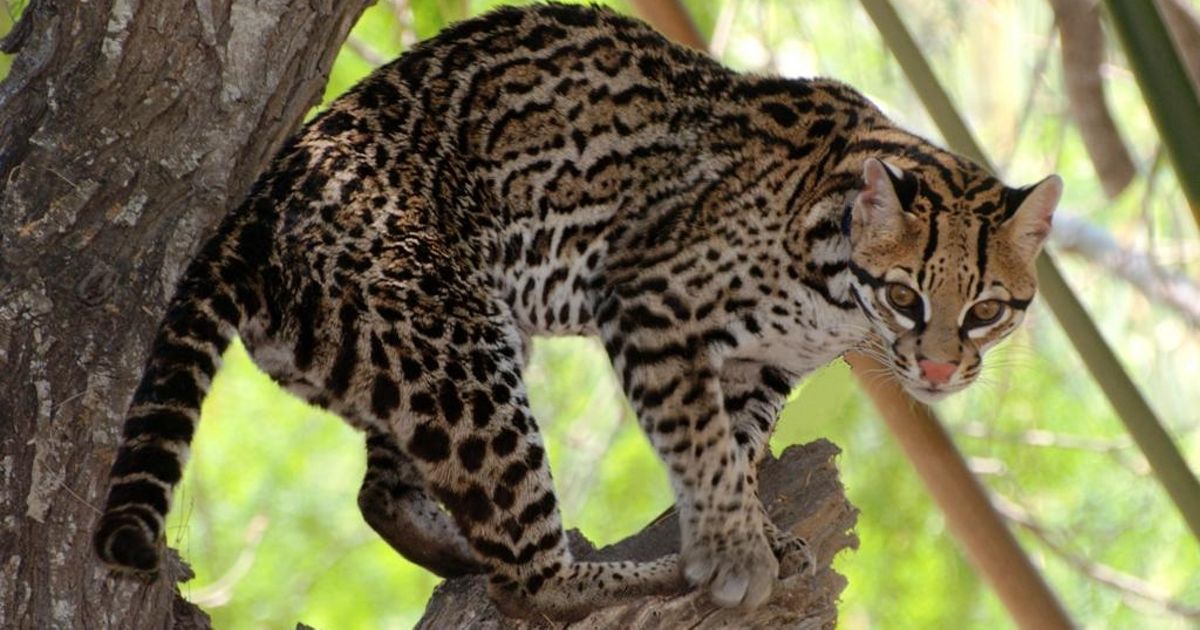 When I was five, I was a kitty. This is talking about the fifth, which is the Lynx. I suppose that "I was a kitty" is referring to the housecat-like face of the Lynx, apparent here: 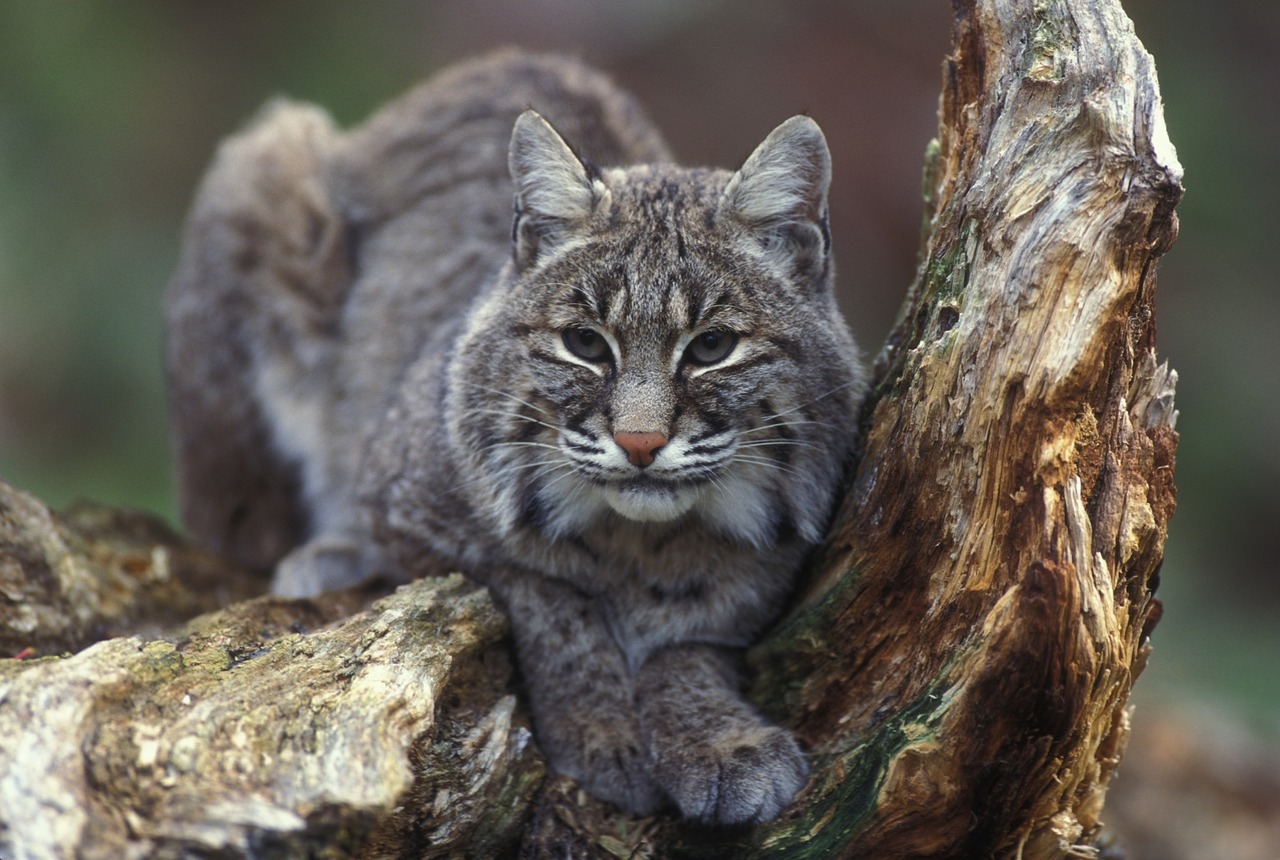 When I was six, I was a bigger cat. The Puma (sixth) is a diverse cat, according to the image, with some (cheetahs) being able to grow up to 65 kilos, larger than the Lynx's max weight of 20 kilos. 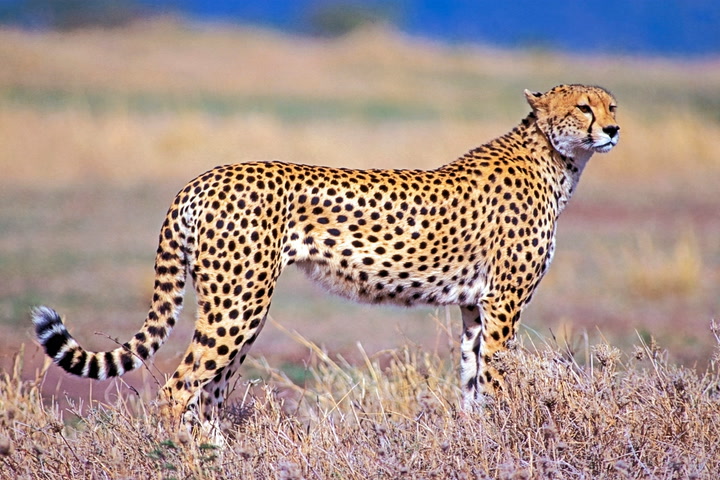 I skipped seven, no time for that. Less work for me then :). But the seventh lineage is the Asian Leopard Cat: 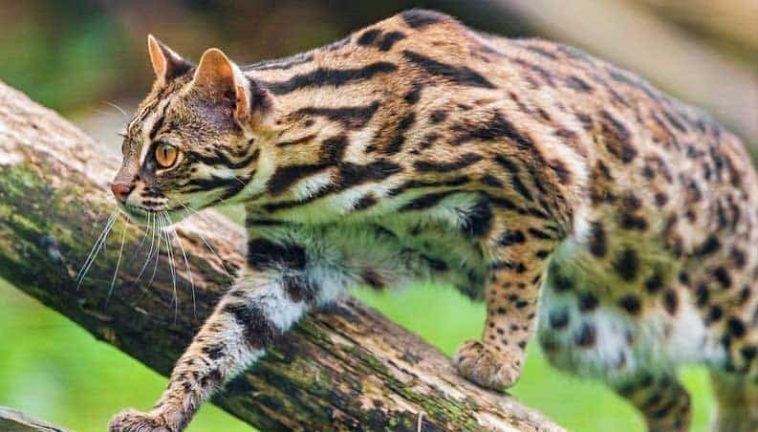 When I was eight, I became a plague. Okay...this, I believe, is referring to housecats, which are the eighth lineage, and according to Wikipedia, it's estimated that there are between 200 and 600 million housecats in the world, hence the "plague" of cats.

I never reached nine, I'd say that's fake. Since the eighth lineage (housecats) is part of the current time period, and the ninth doesn't exist yet, "I'd say that's fake" is referring to non-existent cats, which are, of course, fake.

Also, @FlanMan said in the comments that the last line could be related to a cat not having nine lives, so maybe it's that cats haven't reached their ninth lineage yet...?

Not the answer you're looking for? Browse other questions tagged riddle knowledge rhyme history or ask your own question.