A robot moving on a grid

In the spirit the question I propose the puzzle:

What is the number of revisited vertices?

A vertex can be revisited two times at least, then does it count as just one revisited vertex. 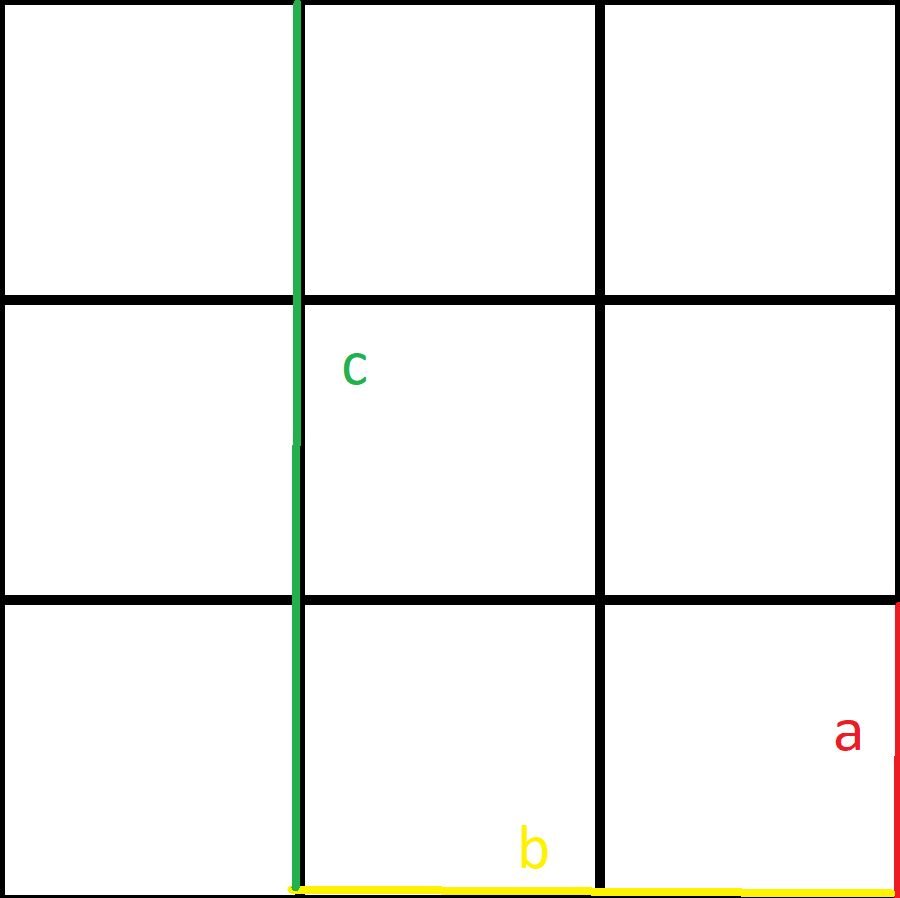 After $4$ moves or $12$ steps the robot should have drawn something like a "flower".

It doesn't matter in which order $a, b, c$ are, since the trajectory forms a loop. A permutation of $a, b, c$ amounts to starting somewhere else on the loop or mirroring the loop. So wlog let's assume $a \le b \le c$.

If $ a+b \lt c $ then the loop forms something like an apple command key ⌘. It has $4$ revisited vertices (i.e. grid points).

If $ a+b = c $ then the path forms a "windmill" pattern with the loop crossing the center $4$ times. The path overlaps on the horizontal and vertical axes on a lengh $a$ in $4$ directions from the center. That makes $4a+1$ revisited grid points.

I assume $a > 0$. This would be another special case with subcases.

Not the answer you're looking for? Browse other questions tagged combinatorics graph-theory algorithm or ask your own question.