Origin of the "Ages of Three Children" puzzle (Census-taker problem)

There is this puzzle and many variations of it, but it usually comes by as "Ages of Three Children puzzle" (wikipedia article), or as the "Census puzzle" (mathsisfun.com, youtube video), or as the "Three Daughters" (teamten.com), etc. There are also a few similar puzzles here on the site that I've stumbled upon.

The core of the puzzle is the fact that some numbers have all sums of their possible factorizations (factors) distinct, and some do not. For example, in the linked wikipedia article, numbers $72$ and $36$ are given as examples.

I primarily want to know if there is a know author or origin of this puzzle, or somewhere where it appears for the first time?

I'm also interested in [preferably older] puzzles that are also based around this property of non-distinct sums of factors of some factorizations of some numbers, preferably also including some aspects of logical deduction and meta knowledge, that may stem from [or preferably may have inspired] this puzzle.

After doing a lot of (possibly not quite legal) digging, I think I've found the rough birth of the problem.

The problem seems to have evolved in around 1940, from the M.I.T campus during World War II.
The exact author appears to be unknown.

An early use of the problem was in 1981 in Rick Billstein's 'A problem solving approach to mathematics for elementary school teachers', in which Rick Billstein uses the census-taker problem when in Chapter 4, discussing 'Integers and Number Theory' 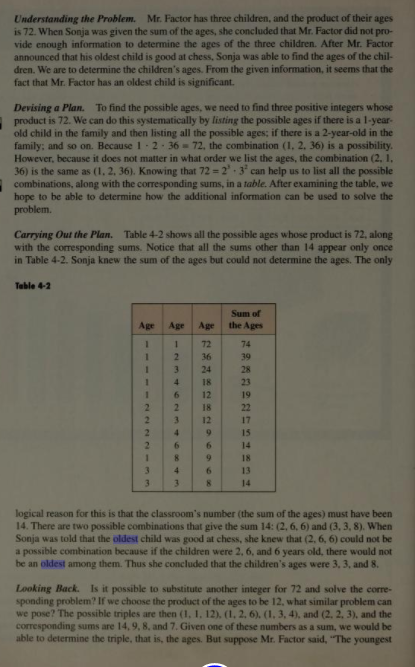 On page 216, the solution process to the census-taker problem is broken down step by step, but there is no indication of where the puzzle was from, whether original or sourced.

(Page 215 contains a small paragraph at the bottom that gives the problem, but also does not mention a source).

Looking around, I found this from 2010 that revisits the Census-Taker problem, and within it, on page 2 it says:

'According to [1], the census-taker problem originated during World War II. In literature, it has appeared in different stories in a puzzle-ese style. As a result, many number-theoretic problems with seemingly insufficient information have been proposed in some journals.'

In the references, [1] is 'M.H. Greenbelt, Mathematical Entertainments, Crowell, 1965.' Doing a bit more digging, it appears this is a book from 1965: 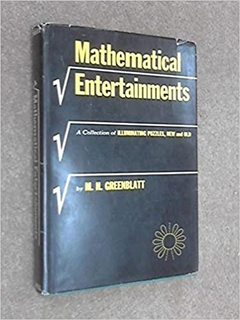 Sadly from here, I have been unable to find anywhere which fully disclosed the contents. However, what I did manage to find is this google books page which shows small snippets of the paragraph containing a key word. Trying several key words eventually led me to this snippet from Page 1:

'One of few amusing things to come out of World War II was a new type of brain twister - the "census-taker" problem. (The time and place of a problem are difficult to specify. To the best of the author's knowledge, this problem was born on the M.I.T Campus in one of the war...'

I have been unable to find a snippet of the second half of the paragraph but I will keep trying.

Finally some google ngrams, showing the use of 'census taker' over time in books: 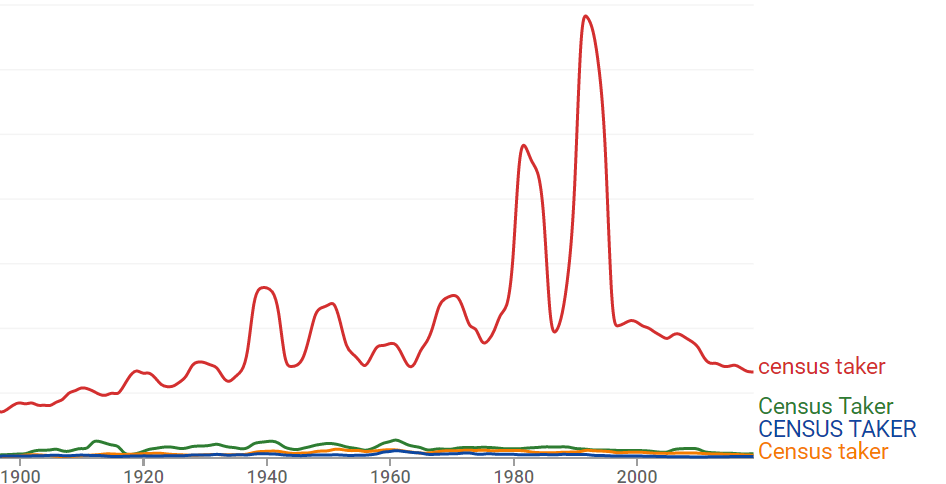 Overall it appears that the original problem came from the Campus of the Massachusetts Institure of Technology during the early 1940s.

However, the problem itself became very popular in the 1980s, appearing in many mathematical writings, and again in the 2000s, being asked about on many forums and still is to this day. Notably, the earliest forum post involving this problem that I could find was here in 1995, where it was answered a year later.

For similar puzzles, you can look for 'Number theory riddles' online, and the majority of the ones you find are likely to be classic problems as well. The census-taker problem seems to be the original, which gave birth to many other ideas for other problems using this idea.

Hope this helps! It was fun to research.

Not the answer you're looking for? Browse other questions tagged mathematics logical-deduction meta-knowledge reference-request or ask your own question.

7
3x3 “Magic Square” of Prime Numbers -- Part II
16
Strategies for creating a cross sums puzzle with a unique solution
19
The origin of the blue eyes puzzle
8
How big can a witchcraft square be?
3
Three-digit multiplication puzzle, part II: ever heard of senary?
3
Three-digit multiplication puzzle, part III: Return of the Hex
3
Looking for a Logical Puzzle with Scalability
3
How many unique "miracle sudokus" are there?
2
Minimum number of questions?