I created this mosaic, which references a country I like to visit in my spare time.
What country is that? 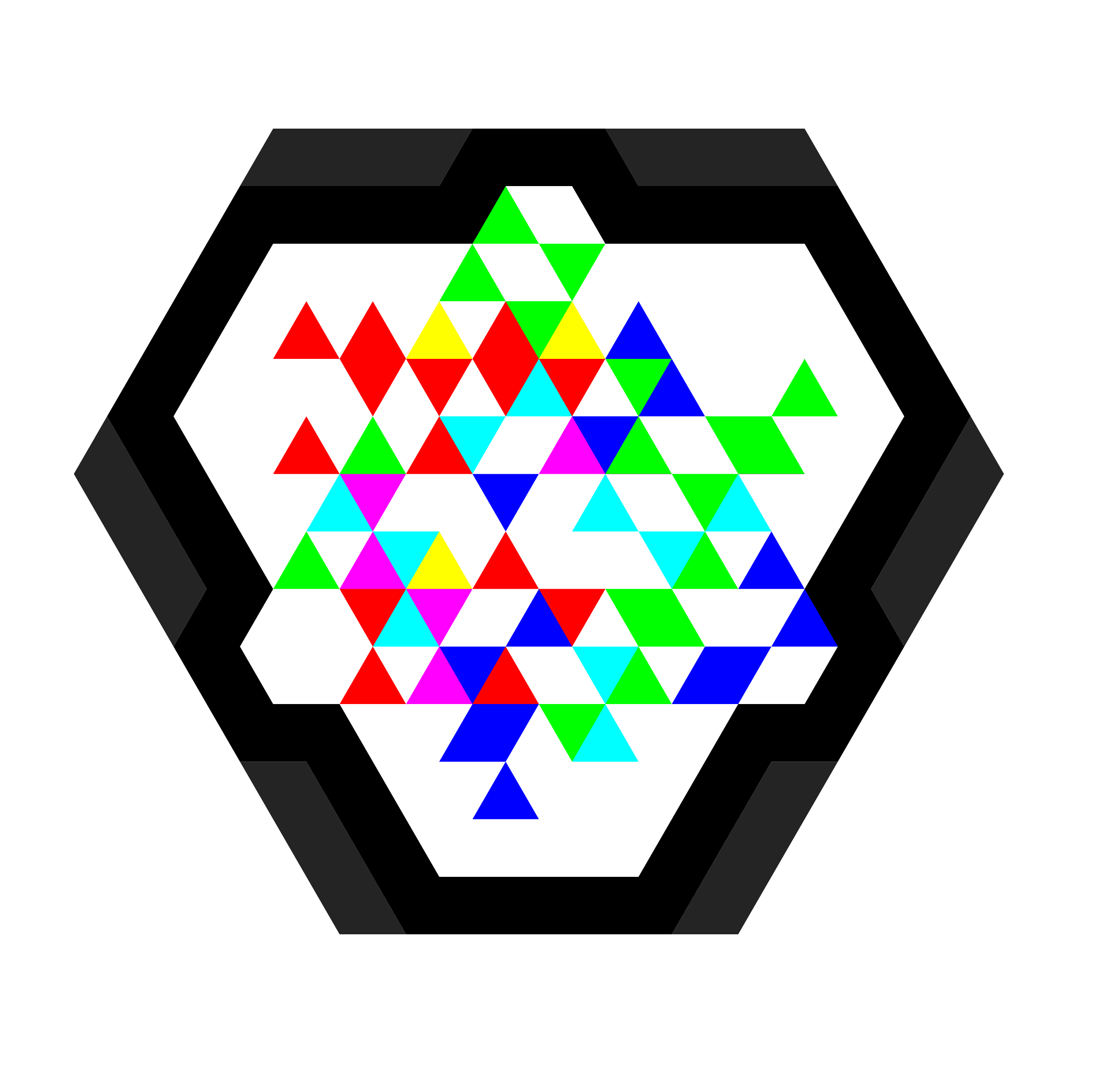 take all the red, then green, then blue triangles (treating white as "none" rather than "all"), we get the following images: 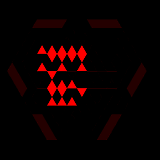 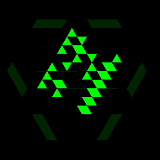 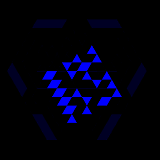 Each of these can be interpreted as ASCII in a different direction. For instance, the leftmost column in the red is 01010000, making a P. 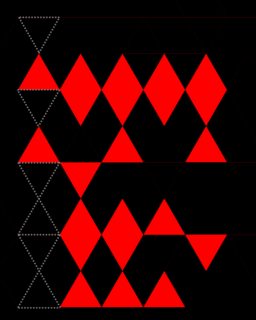 The red, going downwards, spells Power. The green, going up-leftwards, reads Courage. And the blue, going up-rightwards, reads Wisdom. These are the three components of the Triforce from the Legend of Zelda series.

So the country you're visiting in your spare time is

Hyrule, the realm from the Legend of Zelda!

Not the answer you're looking for? Browse other questions tagged enigmatic-puzzle visual geometry steganography or ask your own question.

169
Chaos and Order: a visual puzzle in stained glass

169
Chaos and Order: a visual puzzle in stained glass
11
Can you figure out my favorite color?
1
Robot Dan and I
10
Terms and Conditions Apply
5
Potentially, Probable, Partial Puzzle?
11
Mosaic by Albrecht Dürer
8
An interesting,scary and an old riddle
3
Quadruped Mosaic