Help! My avatar is covered in puzzle

I accidentally dropped my avatar in puzzle, and now it has puzzle all over it!

Could you please help me recover my avatar? 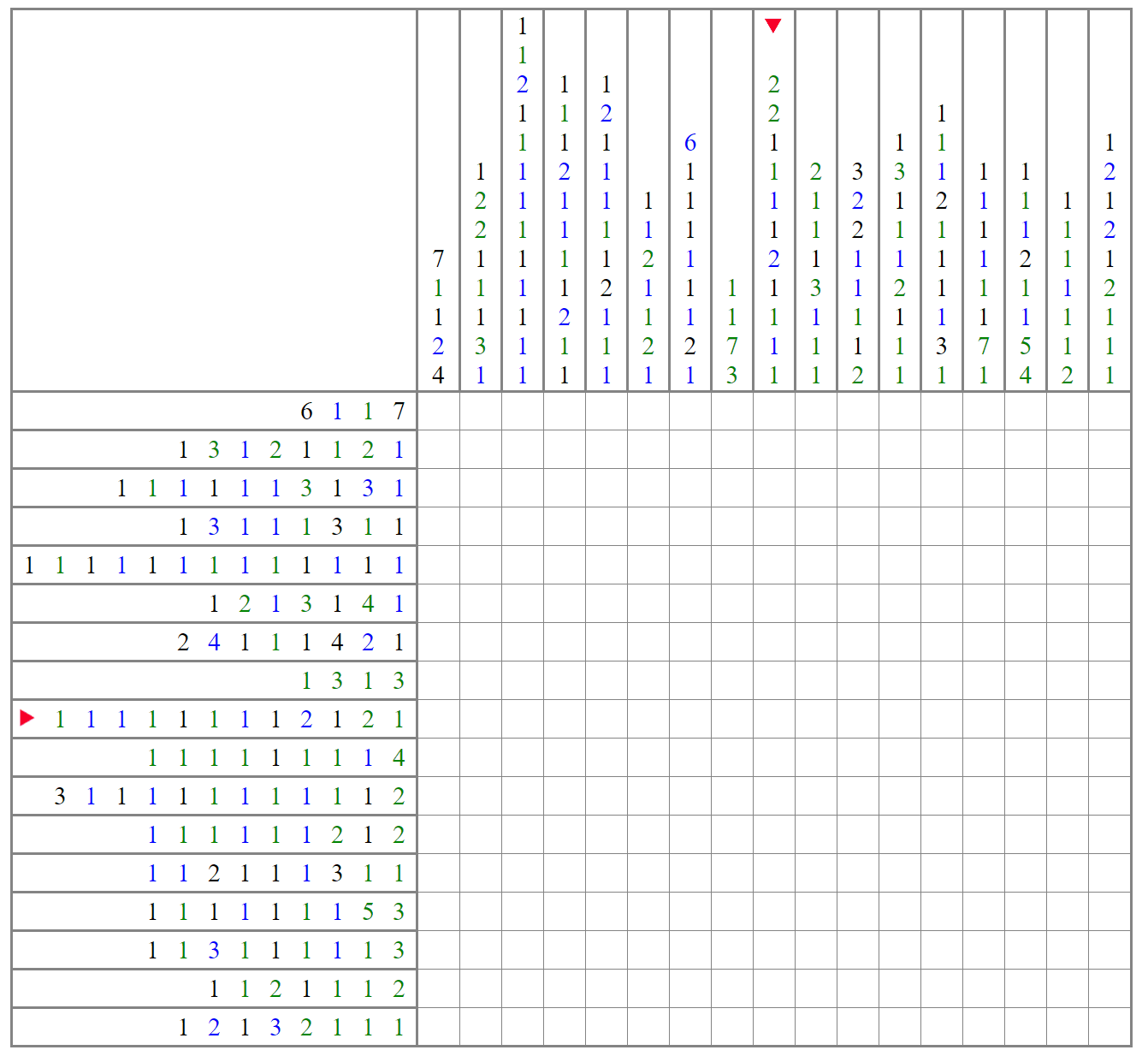 The disguise is defined by black and white.
Eyes are recognized but the face is forlorn.
Nothing to be found except a pattern of form.
Fruition is unveiled on the colorful side.

Next steps to complete the answer after solving the nonogram

At time of writing, @iBug's answer gets as far as 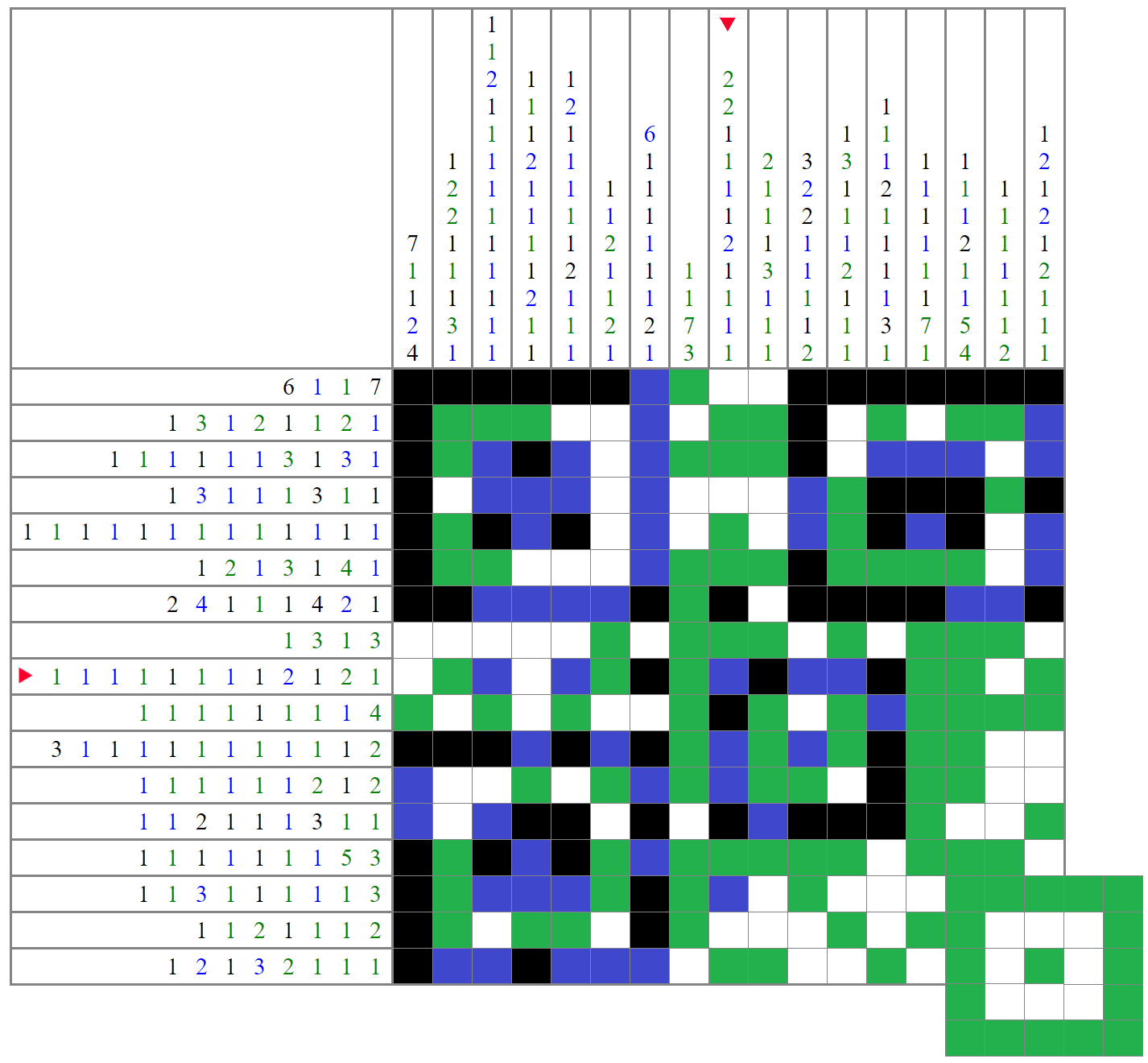 speculation that the lower right corner may be part of a QR alignment mark where some data has been cropped out.

It is noteworthy that

A full QR code including an alignment marker of this type must be at least "version 2", which is 25x25 modules (pixels), and could theoretically be any larger square size that is congruent modulo 4. For smaller QR codes (up to 41x41), the size is implicit, and the "version information" is not separately encoded, so we will have to guess whether we're trying to reconstruct a 25x25, 29x29, or even a larger matrix.

One additional piece of information is

The blue cells in this position 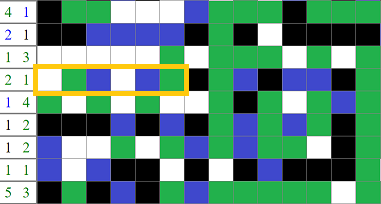 a bit pattern of 00101... for the "final format string", which indicates the error correction level used and the mask pattern used for the data. Only the first 5 bits are relevant, the remainder are for error correction.
In a full QR code, the "final format string" (per reference linked above) would be generated by XOR of the format string with '101010000010010', so the implied format string would have started '10000', however, it has been confirmed that this step was skipped when creating this puzzle, so the format code '00101' should be used instead.
These 5 bits break down into two parts:

I had two three basic sequences of steps to take this further.

The first I tried was to

regenerate the "missing" elements of a valid QR code, and to point my smartphone at it. It certainly tried very hard to interpret this: 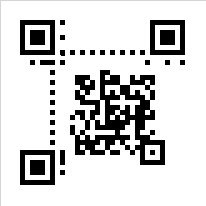 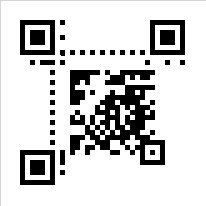 ... where I'd added the missing elements of a QR code including the timing lines and error correction bits for the format code, with the data positioned as had been previously speculated based on the partial alignment marker.
This was unsuccessful for reasons that will be obvious in a moment.
It was in any case clear that there was not enough valid data here, as far more than the max 30% that the error correction could handle was missing, but it was not clear how to "shrink" it, because any smaller (lower "version") image would have required figuring out where to move the data that then overlaps with the fixed elements of the QR code.

A different path was more useful:

There are two possible mappings

The next step is 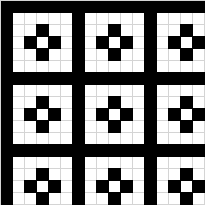 (I previously wasted some time as I'd mis-scanned the QR mask table, and picked up the definition for mask 4 which is a large checkerboard).

which results in the following:

The image on the left

has solid lines where the red arrows had been pointing on the original puzzle grid. These lines appear to serve as a "check" for correct decoding up to this point, so can be removed.

The QR hint was merely to tell us what kind of operation to use to recover the original image.
We just needed to XOR with mask 5. 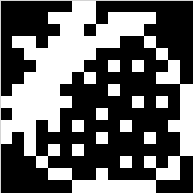 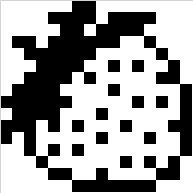 which resembles a strawberry.

For something a little more colourful, I'd suggest this:

where "green" has been kept as per puzzle for the main details, but I filled in the middle with "red" to make it look prettier. This fits nicely with the puzzle setter's username of 'Berry'.

@Berry has an avatar that has not been "covered in puzzle", and which looks remarkably similar to the decoded image before I gave a different colour suggestion. 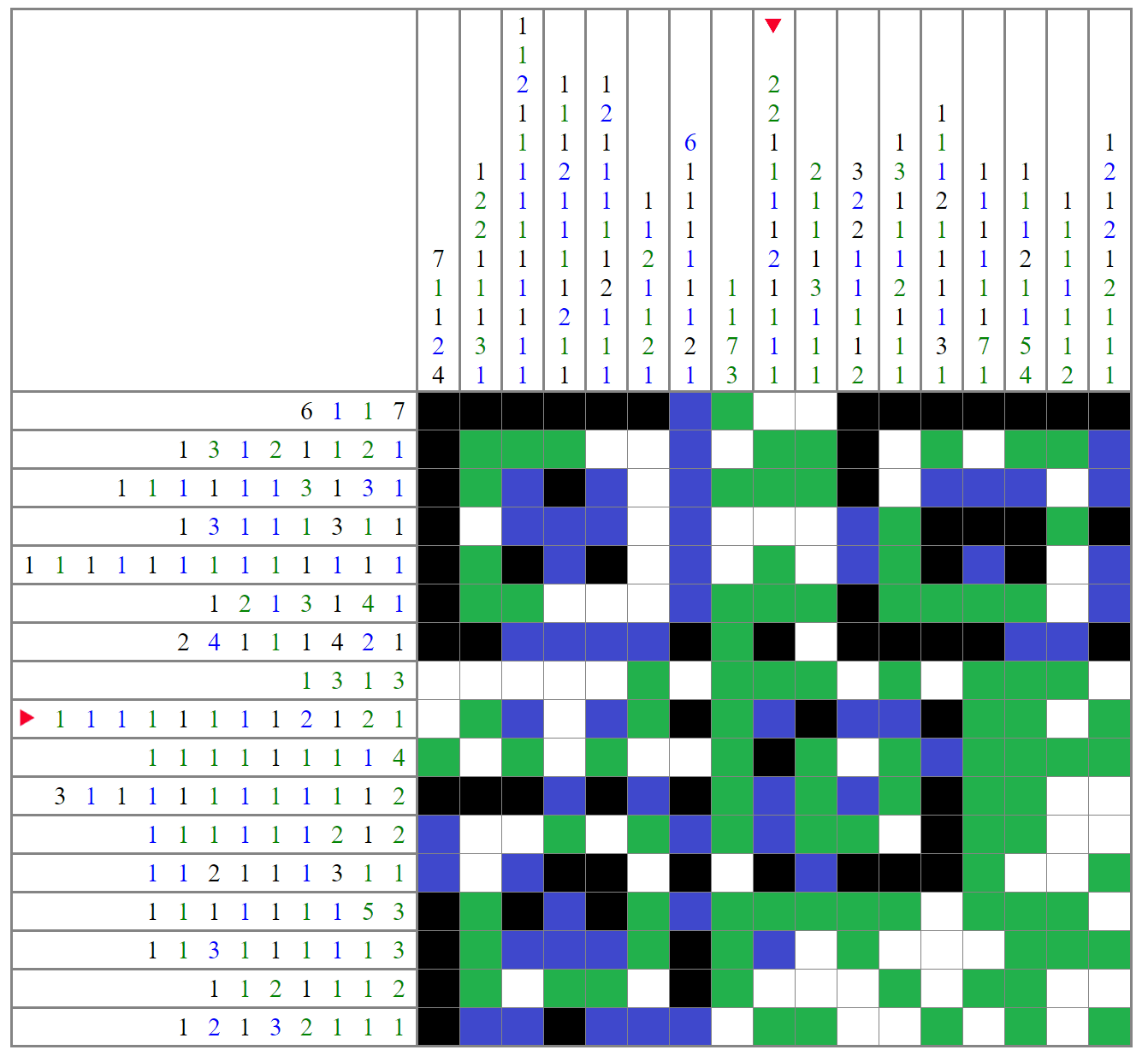 The next part involves a bit of wild guessing:

Remove all greens, it's a QR code 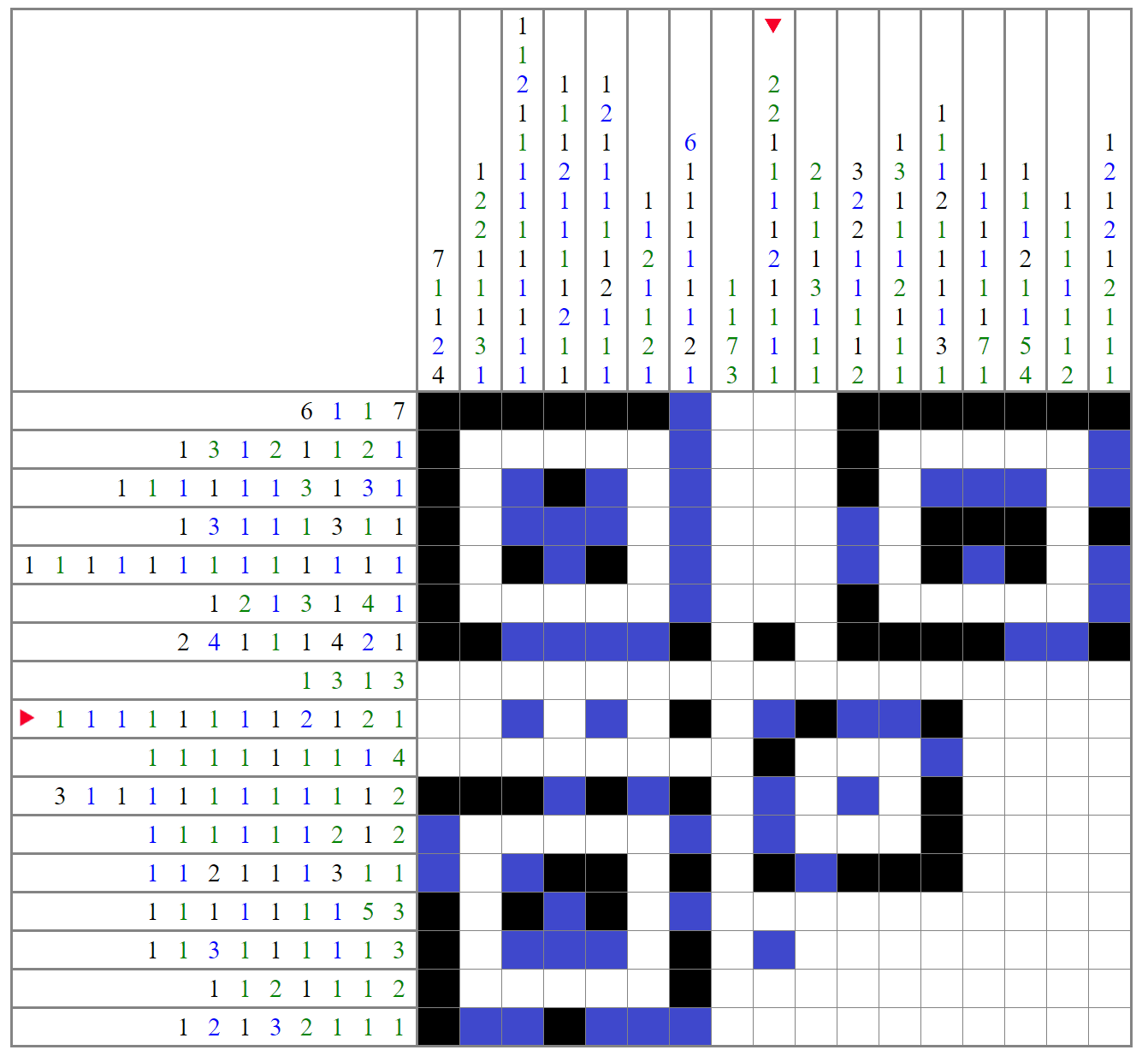 Notice how the green grids on the bottom-right corner looks like an alignment?

Still trying to find out how to continue from this point... 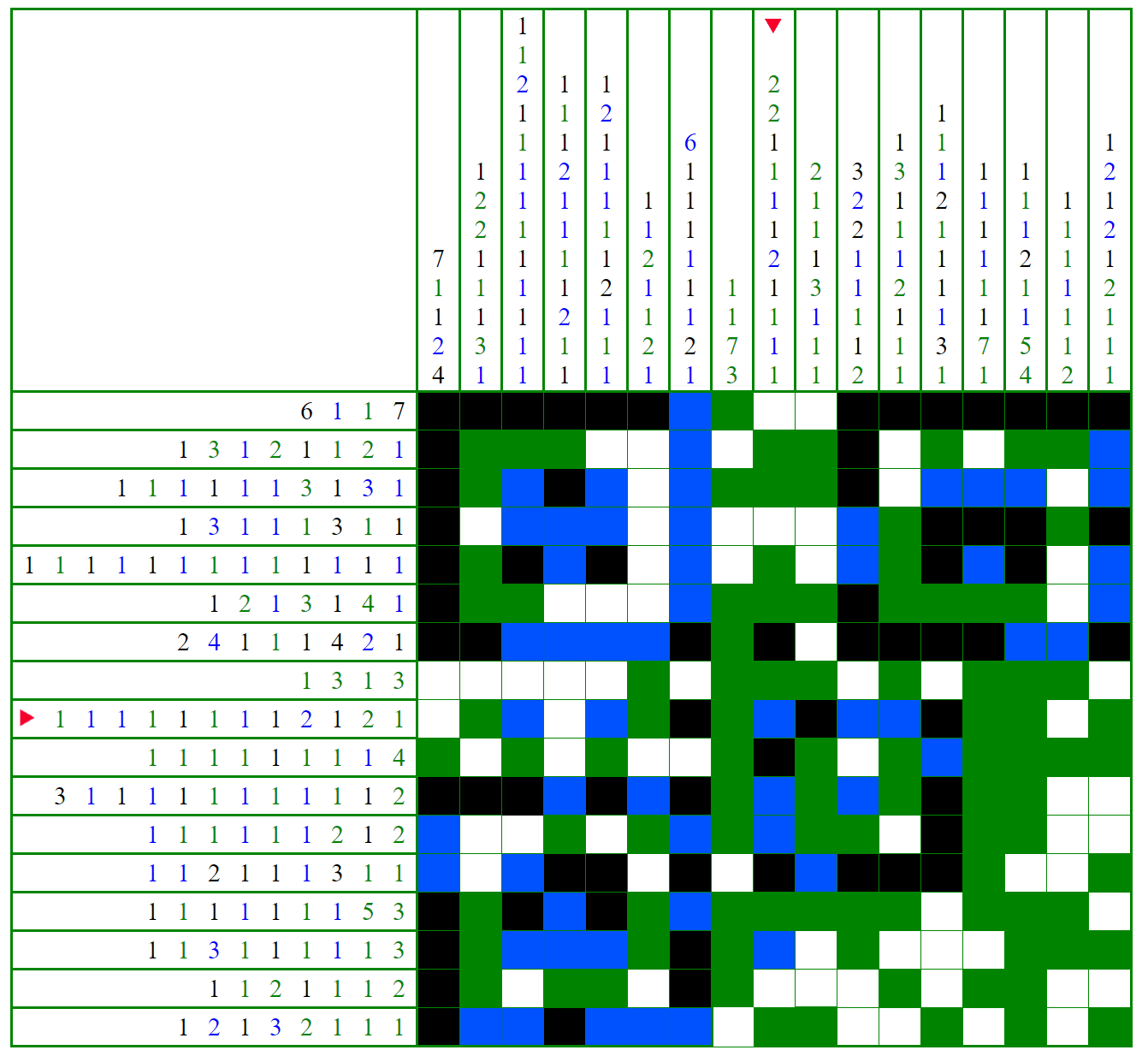 I'm pretty sure there's another step, but I'm stuck. Ideas?

Not the answer you're looking for? Browse other questions tagged enigmatic-puzzle visual nonogram or ask your own question.