Sharing a field among 4 sons

A wealthy famer has a large estate in the shape of an irregular squarish octogon. In the middle he has a rectangular retention basin for storing water.

He is getting old and discusses with his wife about passing the land to his children.

- I want to split the land in four identical parts, one for each of our sons. This way there is no jealousy between them and they will live in peace and harmony. I can divide it easily here along the north-south axis and there along the east-west axis. The basin will remains untouched.
- Four parts? You are a bigot! And this is the 21st century. What about your two daughters? They worked just as hard as the boys to make this farm what it is. You cannot just ignore them!
- But they will marry and move away.
- And maybe they will marry and stay.
- But It has always been like this in my family. The land goes to the sons.
- Exactly, and this has to stop! Times change.
- OK, I agree with you (actually he didn't). But how can I share the land equally? I need all lots to have the same size and same shape. It is not possible! What can I do? If you come up with a way to split this land in six identical lots, then OK, the girls will get their share. If not, just let me proceed according to my plan and to my "20th century" traditions.

The farmer is confident he won this argument. The first time in years. But the wife is smarter than he thinks and she is determined to see her daughters treated equally.

What did the wife come up with? 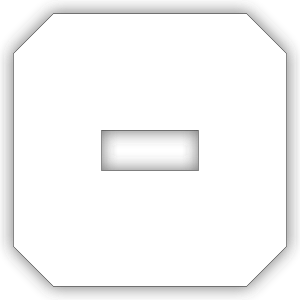 Forget about cutting the land in four. That was just the teaser. Cut the land in six identical lots having the same size and the same shape, possibly mirrored.

The lots must be connex, i.e. in one piece. Access to the water is not required. (It is just a justification for the hole.)

The picture is accurate. All edges are horizontal, vertical or at 45 degrees. The rectangle is prefectly centered. That should be enough to solve it.
But if you need to know, the rectangle has size ($1+\sqrt{2}$) by $1$, the octogon/octagon sides have lengths $2 / (\sqrt{2}-1)$ and $\sqrt{2}$ alternated. 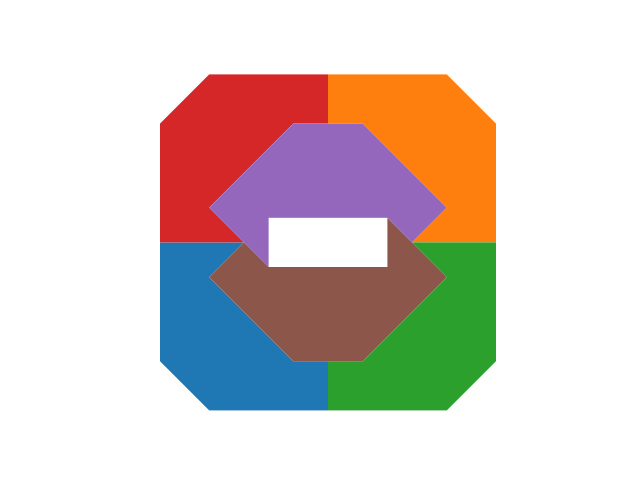 This solution has not one but two concave angles. 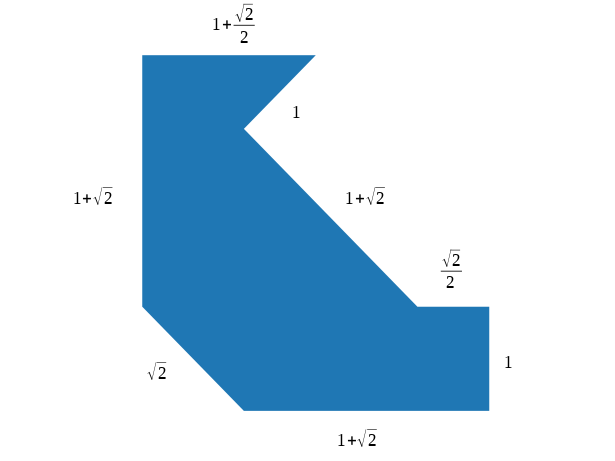 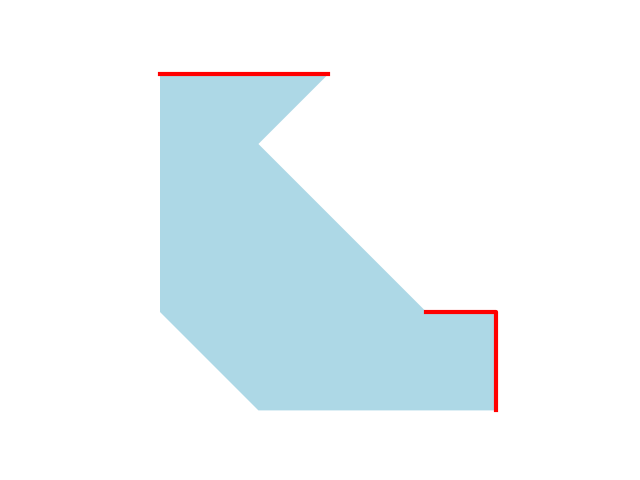 Most of the tile's boundary touches the boundary of the large shape. Only the bits marked in red don't ever. This together with the mix of rotational and mirror symmetries (and connectedness) rules out any obvious "harmless" modifications. The solution may therefore be unique. No proof, though.