Consonants from an old European alphabet. A nine letter word.

The logo for the wireless technology Bluetooth is:

This is a combination of the consonants "H" and "B" written in Viking runes: 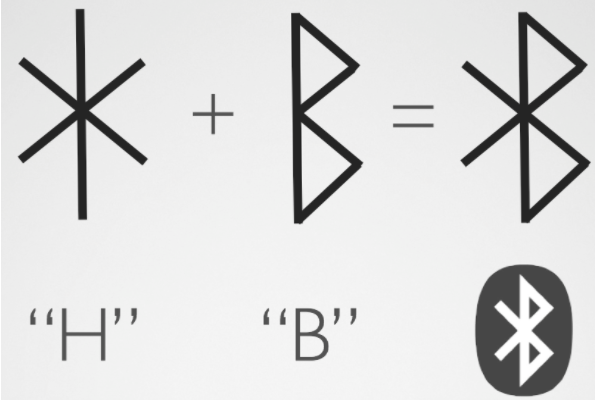 The logo might also be seen to resemble two flags on poles which have been crossed over diagonally...

A blue tooth is a body part which definitely doesn't look quite right!

Harald "Bluetooth" Gormsson was King of Denmark in the 10th century. In fact, the 'H' and 'B' which make up the logo are taken from his initials (and his being Danish explains the use of Danish Viking runes)!