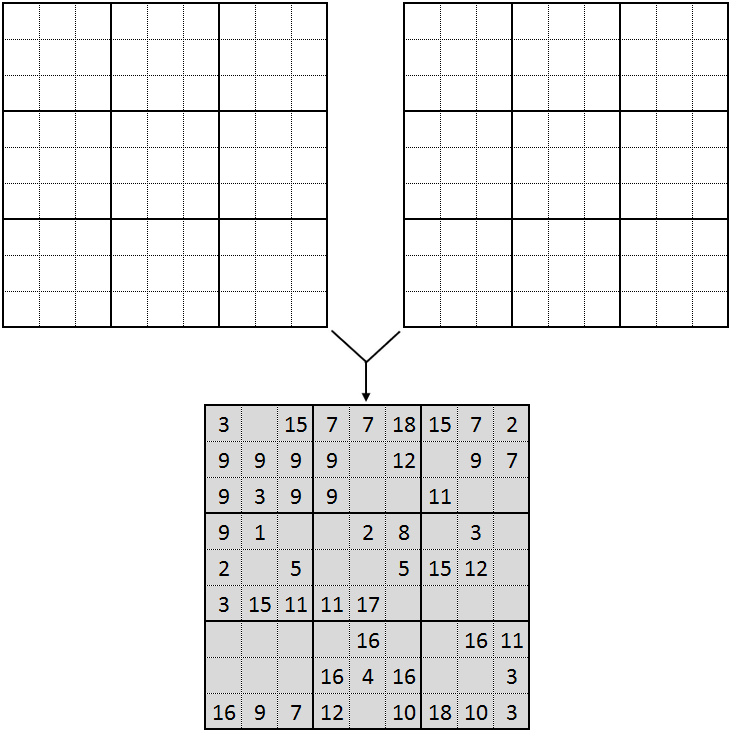 Credit to @athin for the original idea of this sudoku variant.
The original and 'BIG' version can be found here and here. 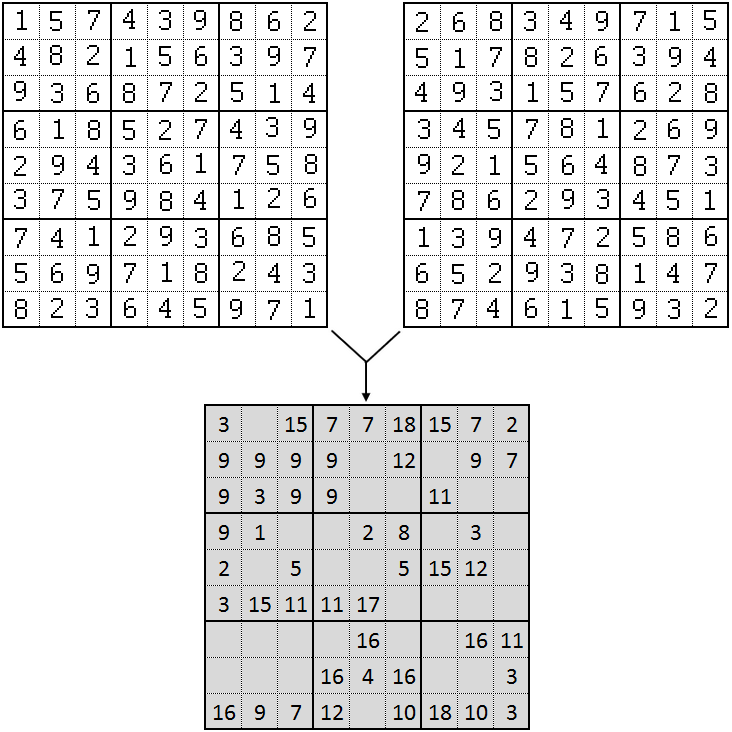 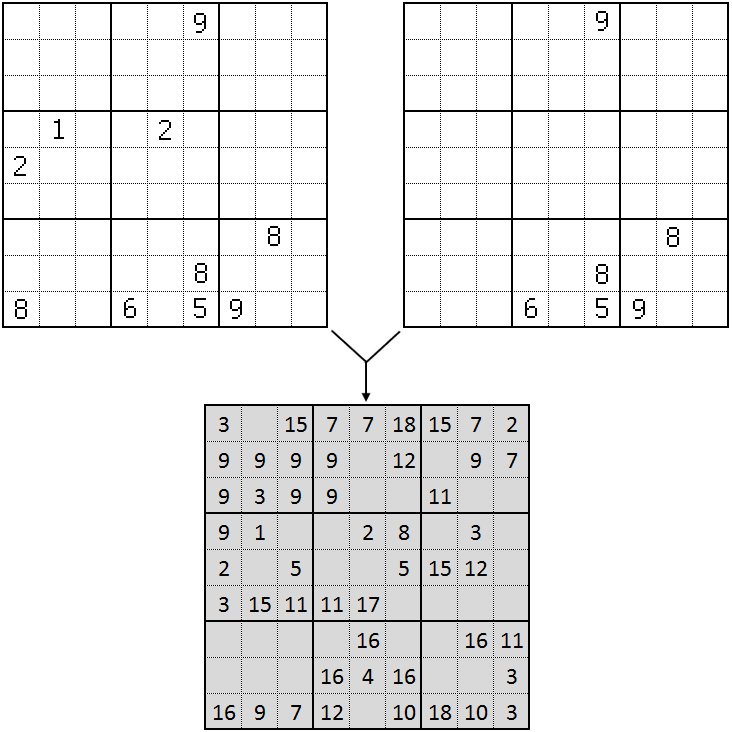 Compound 12 in upper-middle must be 6/6, since all other sums require 5, 8, or 9 which are all barred. Compound 3 in middle-right square must be 3 left since it can be 1/2. Compound 10 in lower right must be 7/3: all other pairs of summands are blocked by Sudoku rules, and we cannot have 3/7 since one of the compound 3's in this square must be a 3 in the left grid. Center square, center cell has to be 6, since bottom-middle must be 8 or 9. Compound 7 in bottom left square, bottom right cell must be 3/4. This forces the compound 3's in the lower-right square, and then normal Sudoku logic lets us finish the bottom row in the left grid. We then use the compound grid and normal Sudoku rules to finish the bottom row of the right grid. The grid at this point is: 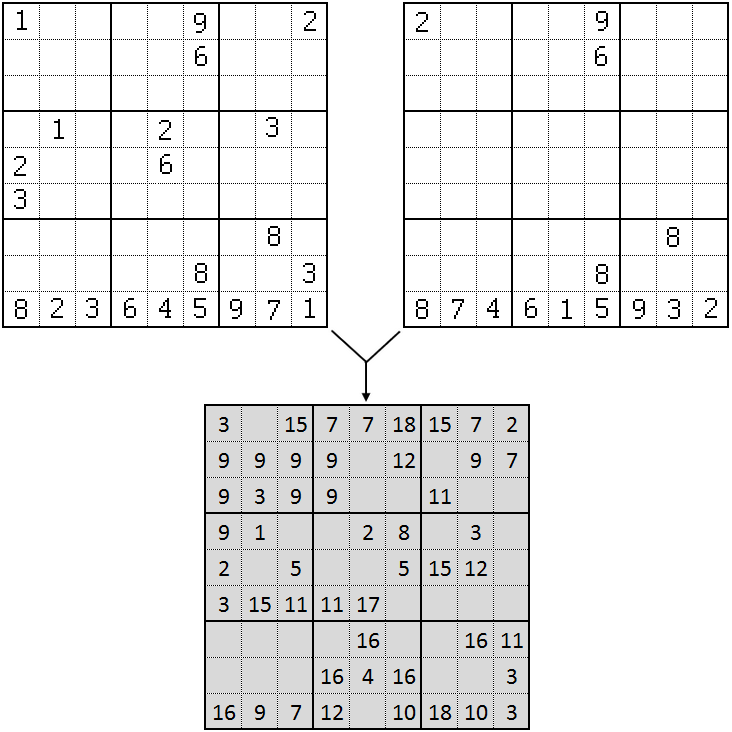 The rest of the solution is similar to the previous analysis, just bouncing standard Sudoku rules against the possibilities for the compound grid...I don't remember there being any major logic leaps at this point.