The following was carved into the cliffs along one shore on the island of Pohnpei after a strange fog had engulfed the island. Even stranger sounds emanated from the fog before it dissipated slightly before the dawn of the next day.
The next night certain letters were seen to glow blue.

However, diabolical it may seem, it's possible some dodgy individual has had one too many and is trying to pull one over on us. There's obviously punctuation.

I'll take this old manuscripts I found in a crevice of the cliff and see if I can make sense of it.

In the mean time if any of you feel like taking a shot, feel free. 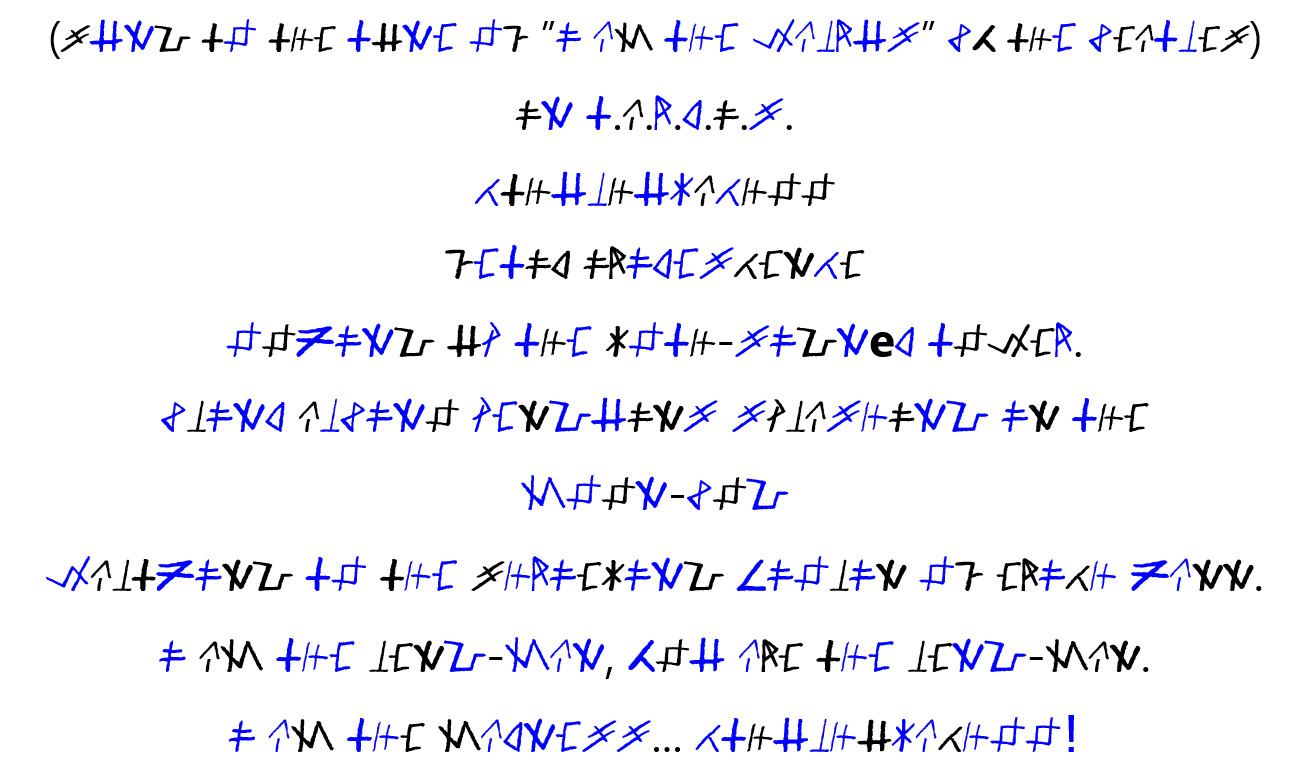 I'm not sure the significance of the blue letters yet, but I've got the "translation" figured out.

(sUNg tO the TuNE Of "I Am THE WALRUS" By thE BeaTLes)
iN T.a.R.D.i.S.
CthULhUKaChoo
fETid irIDEScenCe
OoZINg uP ThE kOTh-SIgNeD ToweR.
BlIND aLBINo PEnGUinS SplaSHiNG In The
MOon-BoG
WaltZIng TO tHE sHRIekINg VIOlIn Of erIcH ZAnn
I am THE leng-MAN, You Are tHE leNG-man.
I Am THe mADNESS...CThULHuKAcHOO