A mysterious paper: a collection of words around a star?

I found this paper which I think has a clue I need, but part's been torn off, and I don't recognize these words. Some of them don't even seem like words, just sets of characters. I'm sure there's a pattern though, maybe even more than one. What does it mean? 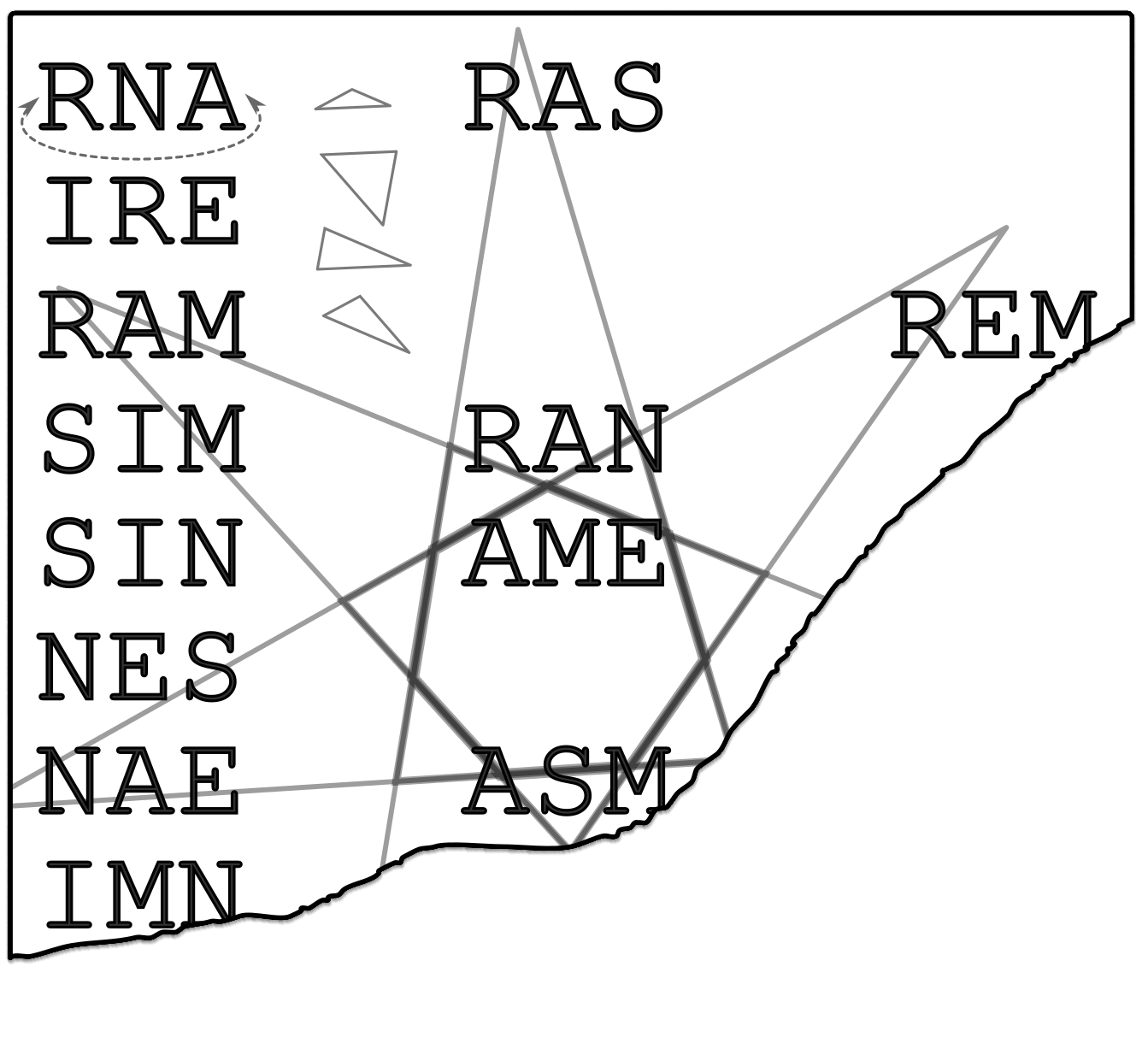 It's significant that there are 7 unique characters on the page.

The 3 letter sets aren't words, but their order does matter.

NAR and ARN could also be added to the first column.

The old picture can be found here, though it shouldn't be needed.

Look at the letters used.

Look at the pattern drawn on the back.

There's a connection given by

the number seven: seven letters, seven-pointed star. The only question is how to order the letters.

Maybe the three-letter strings are given by

putting the letters in one of the three possible word orders and going along taking every (second, third, nth) letter.

REM from REMAINS (every letter)

The only one not expressible in this form is

SIN. Maybe this is the solution, as there are seven deadly sins?

Apologies to anyone who's still working on this.

There's a seven point star in the background and seven unique letters among the words on the page, but how to put them together. This is the leap of logic that I couldn't find a good way to hint, but the dotted arrow and the triangles are supposed to suggest that three letter groups are the order you'd encounter the letters going around a circle.

If you try this with all the groups of letters, they don't all fit together. However, if you try it with just the first column, there's exactly one order that works: RNAESIM, but what about the rest of the words?

There's one more clue that we haven't really used yet; the star in the background. The 1, 2 and 3 step stars (the 1 step being the heptagon) are highlighted differently. We have one order for the letters and seem to be looking for two more. There's only a few ways match columns and stars and if you try them out, assigning the first column to the heptagon and the second to the 2 step star gets everything to match up with RASMNEI

That leaves the 3 step star for the last column. If we copy over the previous column again, we can verify that everything matches up. That third ordering gives the word REMAINS. One last clue to verify this is that all three columns begin with R..

You can probably shortcut a lot of this by checking the anagrams of those letters and then trying the three possibilities, but you still need to know how to interpret the three letter groups to be sure which word is right though.