Touching triangles at their vertices

What is the minimum number of non overlapping congruent triangles arranged in the plane, such that each vertex of the triangles coincide with exactly three triangles?

The number of triangles in my best solution is

but I don't know if this is optimal.

If you take kites formed from four 30-30-120 triangles, you can place a number of them in a ring, like this: 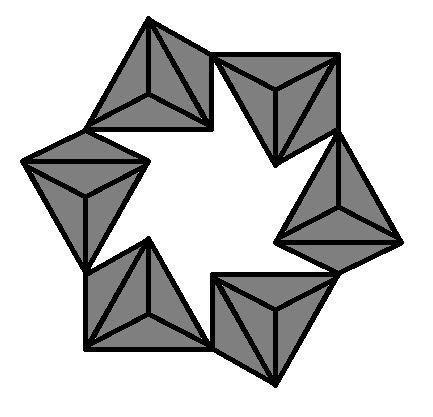 This picture shows six such kites because that was easiest for me to draw, but you can remove one and make a loop with 5 kites, for a total of 20 triangles. @humn kindly made a picture of that: 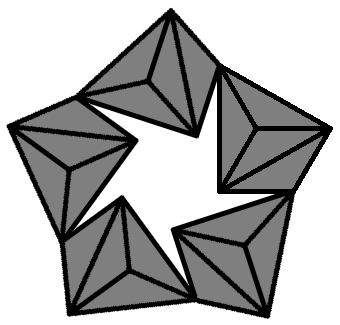 If you use four kites then they start touching each other, so you'll get too many triangles at a vertex. @humn made a picture of that too: 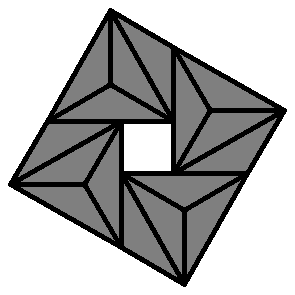 The triangles are 20-80-80 isosceles triangles so that three can go together to form the corner of an equilateral triangle. There are then 3 smaller copies needed in the middle to fill things up and make sure there are three triangles at every vertex. 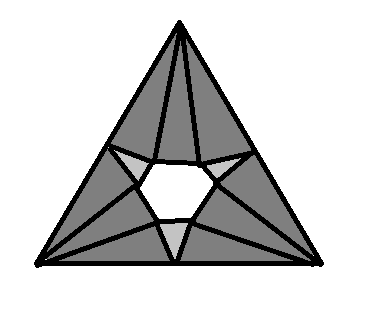 A liberal interpretation of “coincides” in the puzzle statement ...

“each vertex of the triangles coincides with exactly three triangles”

... allows for a vertex to touch a side, and not always another vertex, of another triangle as in these failed attempts ... 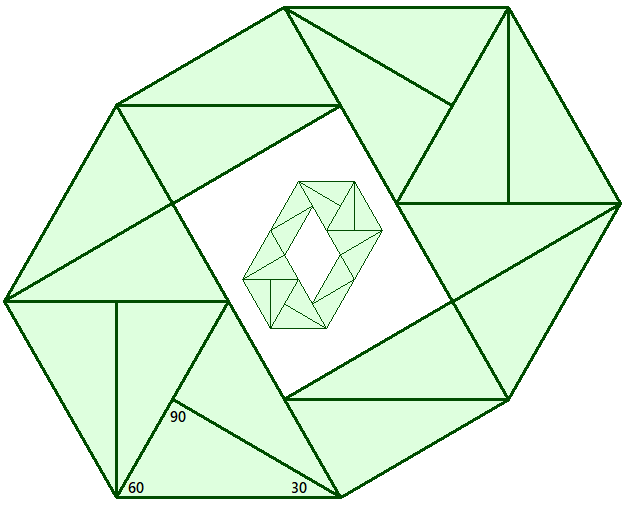 suppose plan area is A and no of triangles are n,

Not the answer you're looking for? Browse other questions tagged mathematics logical-deduction geometry optimization or ask your own question.