A Devilishly difficult puzzle (I am the author of the puzzle) 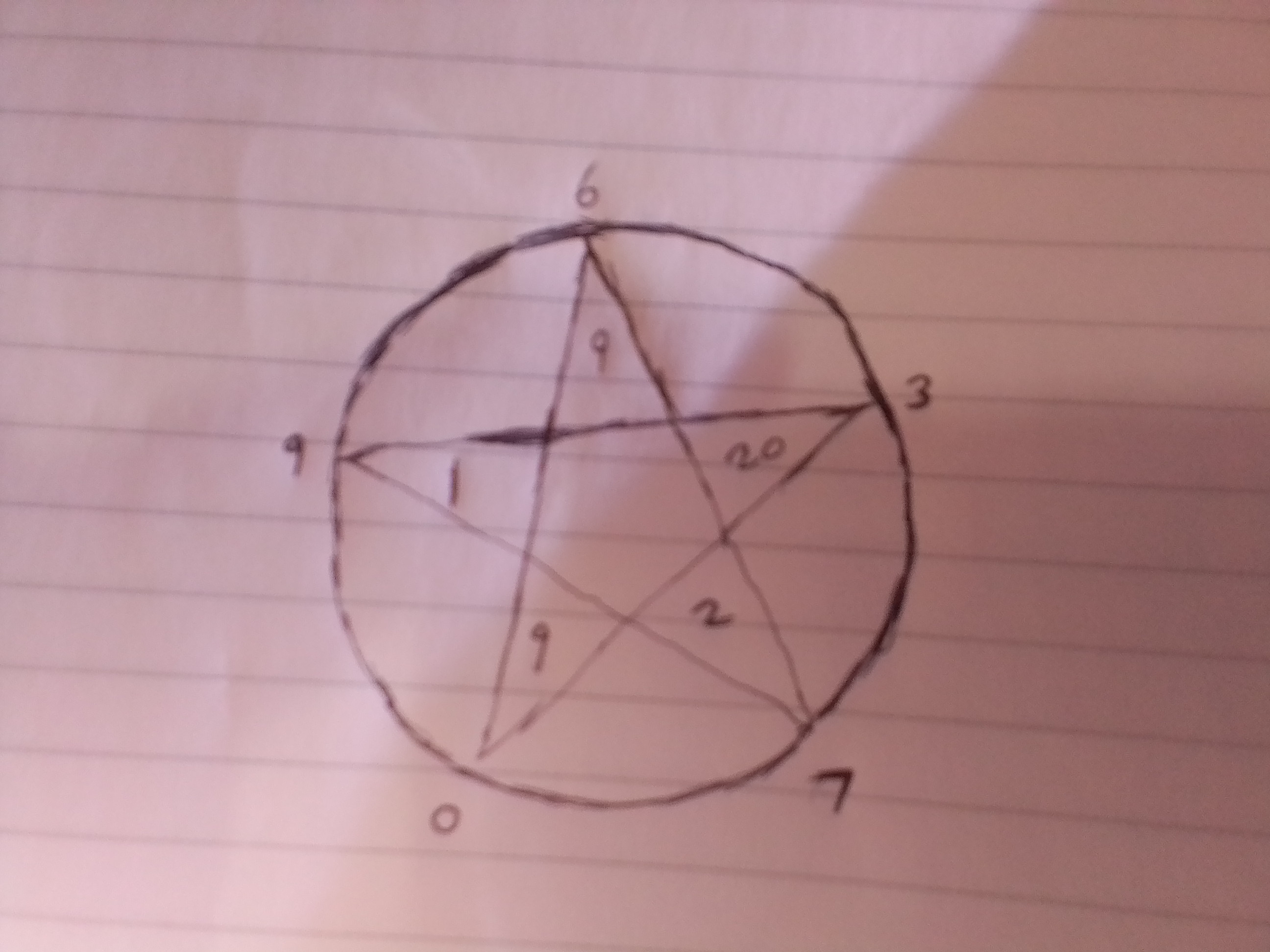 Who is summoned by this pentagram?

Knowledge of the alphabet and a wheel might be useful.

Normally posting answers that merely try things and fail is frowned on around here, but in this case I'm making an exception, since it's been a few days and the question has been bountied -- and also because the things I've tried seem to be very much the sorts of things the question hints at, and it feels like I've tried those particular things quite exhaustively. (Though also fallibly.)

we get, clockwise from top, 3=C, 17=Q, 21=U, 9=I, 16=R. (This is the same as we'd get if we translated both sets of numbers into letters via A1Z26 and then used one set to "decode" the other with a code wheel, at least according to one of the several different possible ways to do that.)

I can't find any sign that there's a famous demon called QUIRC.

There are many other similar things we could try. I wrote a little program

didn't produce anything promising (and also feels like too many arbitrary degrees of freedom). I found OLPIR, ROSLU, AXBUD, LOKRI, ORNUL, ALTAS, ALSAR, AMTAS, AMSAR, MATMU, ESMEN, PANIK, and various other such things that might be pronounceable either as they are or by reading the letters in a different order, but nothing that looks suitably demonic. I was briefly optimistic when I saw that one set of parameters produced FIEMC which is not far off from FIEND, but alas it's not off in the right way for the IJ or UV tweaks to yield FIEND. I confess that after a few hundred strings I may have been skimming the output a bit, so maybe I missed some good ones. And as I am no demonologist it is also possible that one of the strings I looked at is the name of a demon and I just didn't notice. I did check carefully that even though I can get ALTAS and AMTAS there's no anagram of SATAN in there.

using the Greek or Hebrew alphabet rather than ours

there's a limit to how many hundreds of random-looking strings of letters I'm going to comb through, and the hints seem to indicate our alphabet rather than another one.

there's something a little scary about large-scale automatic enumeration of possible names of supernatural beings... Fortunately, in the course of my experiments my computer doesn't appear to have summoned any demons, still less caused the end of the wor

Some comments on the hints (too bad this little coda spoils the joke at the end of the previous paragraph, but it really doesn't belong anywhere earlier in the answer):

"Knowledge of demonology might be useful": I guess we're looking for a 5-letter or 10-letter demon name. There are lists all over the internet. "Knowledge of the alphabet and a wheel might be useful": I took this to indicate that we're doing some sort of code-wheel thing, or equivalently moving letters around mod 26. (Or maybe mod something smaller than 26 if we're using a smaller alphabet.) "Arithmetic and eros": not sure what this is about, other than that again it might indicate that we're adding or subtracting those numbers to get letter values. There is a journal article, or book, or something, called "The arithmetic of Eros", apparently about the Song of Songs in the bible and the poetry of Sappho, but I don't think that's relevant. "Clocks" again suggests modular arithmetic; perhaps it specifically suggests working mod 24, as we would do with an alphabet where I=J and U=V or with the Greek alphabet. I have re-checked the results of adding and subtracting (both ways) mod 24 and translating either into an I=J/U=V Latin alphabet or the Greek alphabet, and I don't get anything sensible.

Another thing one could try, I guess, is

there's some traditional way to do letter-arithmetic to pentagrams, but if so my cursory investigations haven't found it.