A simple question, without a simple answer. Rome would be the obvious answer, but it is not THE answer. A picture contains a 1000 words, this audio contains one.

Audio Steganography can hide pictures or words inside music, this one is on it's own, no masking tune. you'll need to SEE this audio to even begin to decipher what the answer is.

Even if you can guess the answer, you'll never KNOW it is right without the picture contained within and a Cipher to decode it.

Once you have the picture, look to Sherlock to get the answer.

If you get the picture, take a snapshot so we can all see it. Then answer the question.

which combined with the Sherlock reference immediately brings to the mind

The Adventure of the Dancing Men by A. C. Doyle.

In this short story, the antagonist uses

to encrypt messages. Though the original publication doesn't reveal all the letters - and one may have some fun trying to figure out the key, if one thinks of it sooner, a google search would quickly reveal 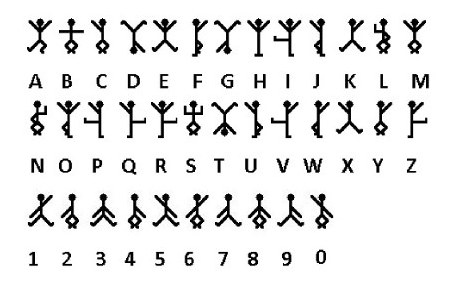 Thanks to @flinty here, there might be a further hidden meaning. On cleaning up the spectrogram, one sees that the dancing men might be 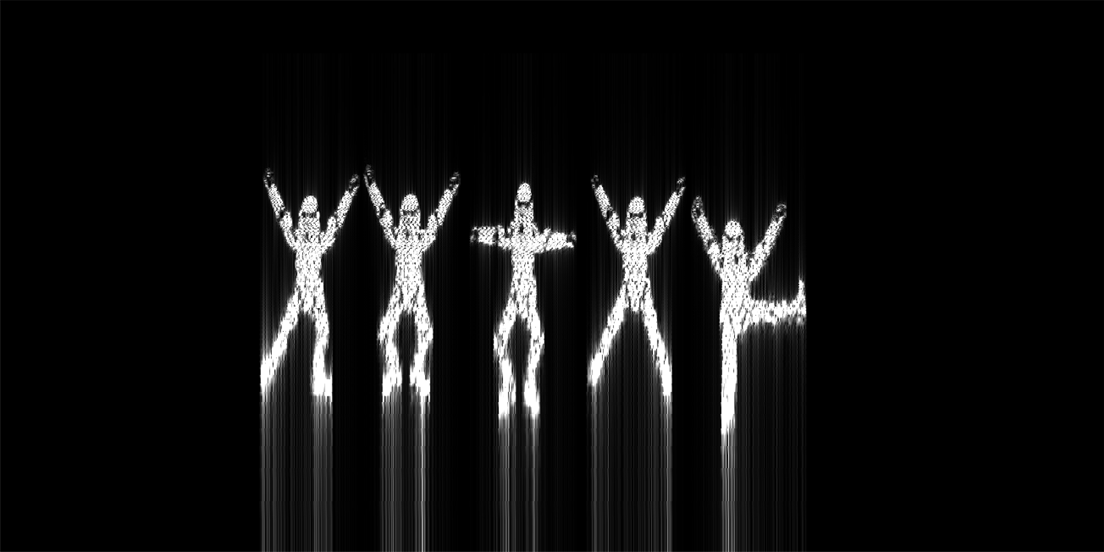 Not the answer you're looking for? Browse other questions tagged cipher steganography cryptography audio or ask your own question.

11
Christmas Day Cryptogram / Riddle
44
What is the title of this modern art painting, if not “Stars and Stripes”?
19
Six Series, Six Words
14
The mystery of NOC +10, Part 2
6
difficile est saturam non legere
6
Ugh, an other crypto puzzle?
22
Mortin Myes' Second Cryptic Gallery
12
Bird is NOT the word!
4
Gotta Catch 'Em All!