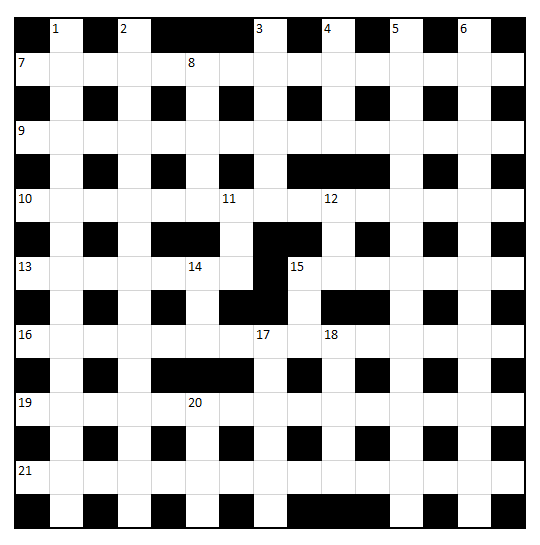 Across
7. Fly comes flying around place near North Carolina, showing certain smugness (4-11)
9. ISIS fighters maybe capture one town's leader and, among others, foremost loyal people holding on to land rights (15)
10. Pharmacy can offend extremists... and may finally send help to sister's disease (15)
13. For each hotel retreat, resort with baths, maybe (7)
15. Marx's Capital, in Oxford University collection, held at first in possession of left-looking organization (7)
16. One-time occupation of someone who cries after Crosby sings, passing by (8,7)
19. Colonel brought in to mark readers and hobbyists (5,10)
21. "Oddly, forest covers minion, decapitated by Native American king", describes historical novel (10,5) 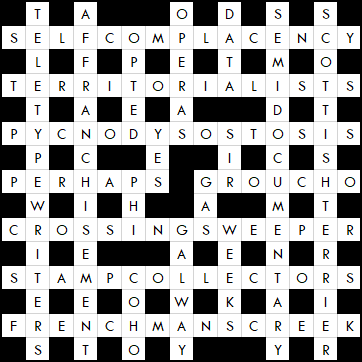