Does anybody see the most reasonable solution for this pattern riddle: 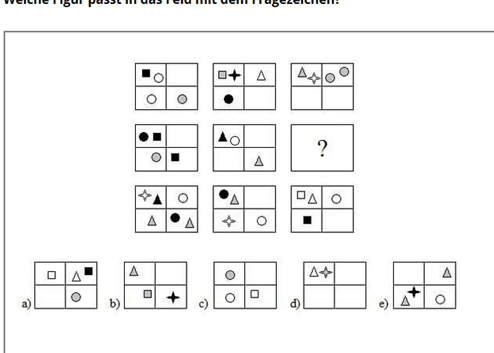 I took the test and looked at the results. According to the source, the answer is

D. The explanation being that the top left corner always has two elements while other positions have arbitrary number of shapes. Which makes sense considering this is only the fifth (our of 15) question.

e for a reason similar to that of deepthinker's. Thought the blank space for the third figure is the addition of the first two (excluding overlapping), and then rotated 90 degrees clockwise.